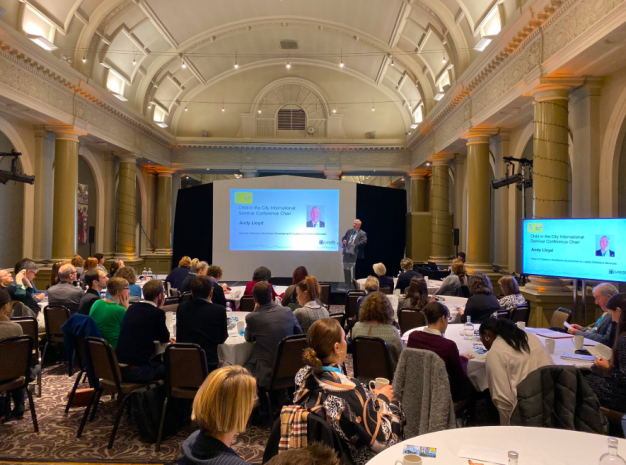 The pressing issue of child poverty in western cities has brought together professionals from across the world to debate and share ideas for solutions to what has become a global concern.

Child Poverty in Western Cities, a two-day event which opened yesterday in the northern England city of Leeds, is part of the wider Child in the City World Conferences series, which takes its key messages all over Europe, focusing on the issues affecting children worldwide. 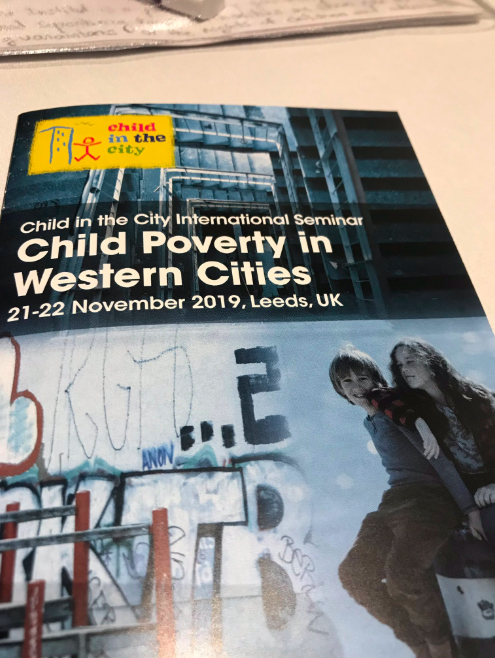 This latest event has highlighted what is a true togetherness over the desire to find, test and deliver solutions for tackling child poverty in the cities of the west – something which is often hidden from view by a city’s prosperity.

Opening proceedings was Lia Karsten, president of the Child in the City Foundation’s Scientific Program Committee, and Andy Lloyd, head of Children’s Workforce Development in Leeds Children’s Services. Andy, together with his colleague Sue Rumbold, was also taking part on Friday (first photo below) in a joint presentation with representatives from the Dutch city of Hoogeveen.

‘Growing up in poverty hurts children’

Sue spoke about why it was important for Leeds to be a child-friendly city, particularly because of the increase in the 0-17 age group population, and that children’s voices, are ‘at the heart of the decision making’. Among the key messages were that ‘growing up in poverty hurts children’ and that ‘we need to hear directly from children and parents with lived experience of poverty’. 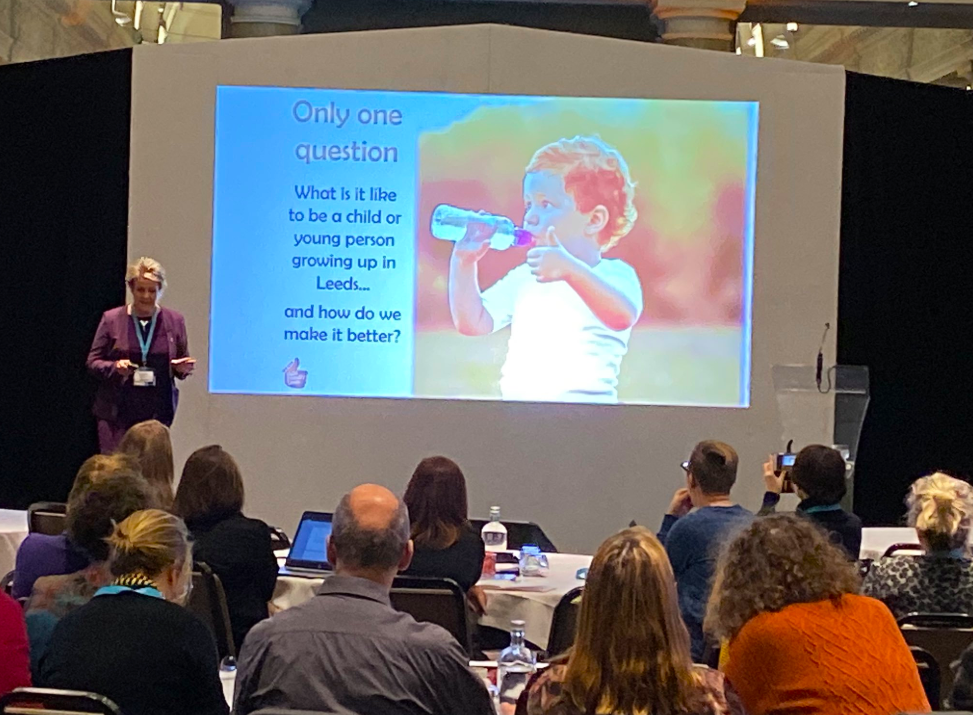 ‘Poverty, child abuse and neglect: Time for a new story’ was the title of a presentation by Brid Featherstone, Professor of Social Work at the University of Huddersfield, and she told delegates that children in the poorest parts of the UK were 10 times more likely to end up in care than their richer peers.

‘Structural problem rather than individual one’

Delegates also heard how Leeds had used ‘restorative practices’ to change how services work with children and families who were experiencing poverty. This signified a ‘shift’ in approaches, effectively seeing it as a ‘structural problem rather than an individual one’. 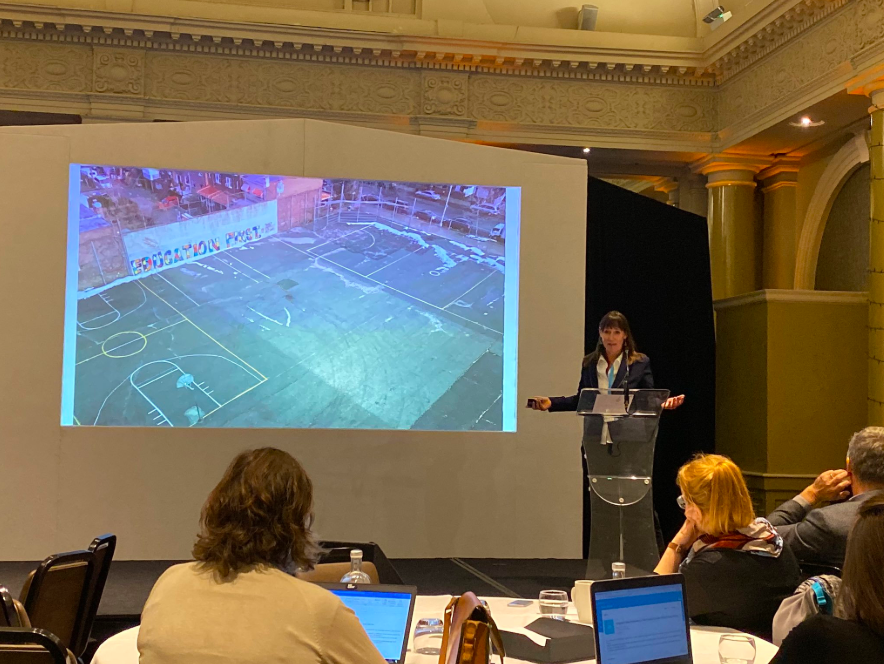 There was also a presentation highlighting the work of Green Schoolyards for All in the USA, namely how it has been tackling climate change, poverty and inequality, and promoting the community use of school grounds.

Today’s (Friday) sessions have seen Kerry McKenzie and Hanna McCulloch present their learnings from the first year of the Local Child Poverty Action Reports in Scotland (next photo). Earlier, Johanna Sellis and Gert Vos from the City of Hoogeveen in The Netherlands (final photo) told delegates how poverty was the number one obstruction for growing up successfully in Hoogeveen. 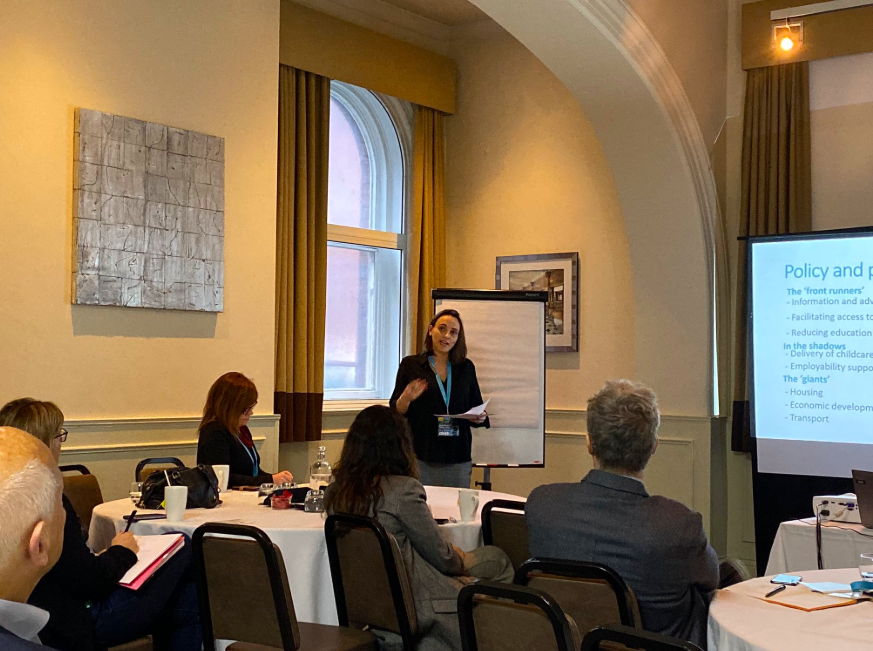 More than half (57 per cent) of the youth of Hoogeveen had never learned about financial matters and how to ‘handle money’, and as a result around 18 per cent were worried about their financial position. Children, said the speakers, were identifying issues, such as being left out of cultural experiences, parties and fun things because they couldn’t afford afford to take part. These things, they added, were ‘really important to children’. 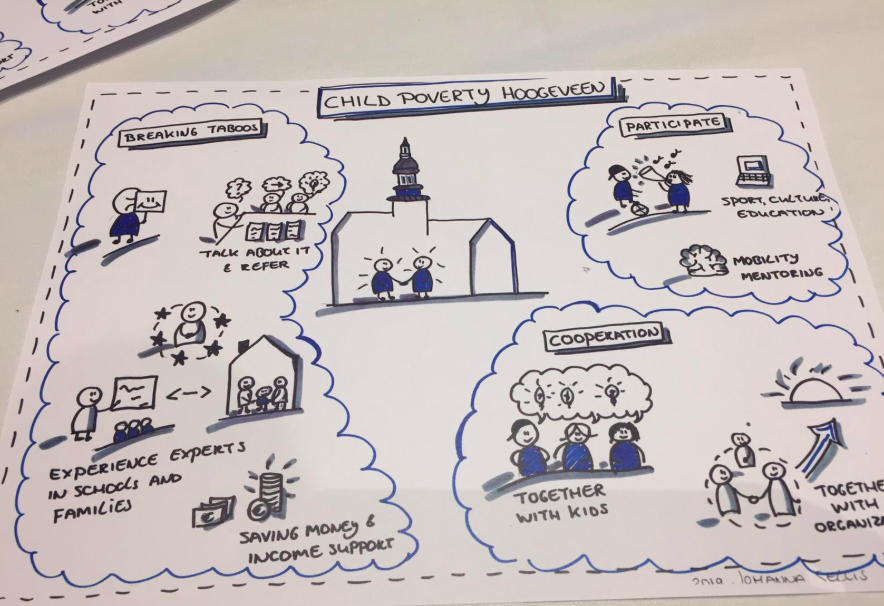 The conference is due to close around 1430 today (Friday).

You can also find details of all the speakers, presentations, parallel sessions and field trips at www.childinthecity.org/2019-leeds/ 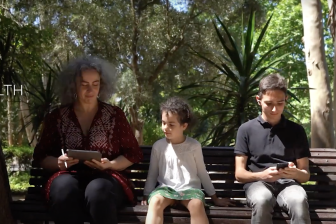