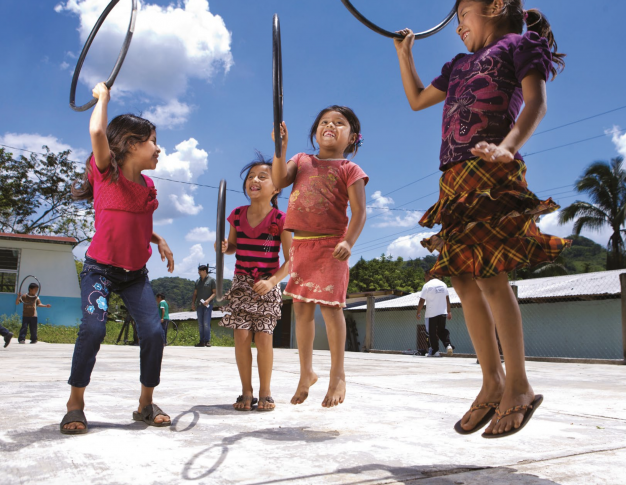 The United Nations Children’s Fund (UNICEF) Child-Friendly Cities and Communities handbook has now been translated into French, Spanish and Chinese.

Containing guidance on how to establish a child-friendly cities initiative (CFCI) to help cities do better for local children, the original English version of the handbook was launched by UNICEF in April 2018. It was done so as a response to the challenge of realising the rights of children in an increasingly urbanised and decentralised world.

‘Realising the rights of children in an urbanised world’

It outlines a global framework and step-by-step guidance on setting up a local CFCI that dovetails with UNICEF’s international goals, but allows the flexibility for adapting to local contexts, structures, priorities and needs. Above all, it emphasises the importance of measuring and demonstrating the change that CFCIs bring to the lives of children and young people.

All of the French, Spanish and Chinese versions can be downloaded in PDF format, while the original English version is also available online. It includes numerous examples of good practice around the world, region-specific guides, key documents, how to ‘build a CFC’, and links to various stakeholders and other child-friendly city networks.

The CFC website also has highlights of the CFCI Summit 2019, held in the Germany city of Cologne in October. The end of the summit saw over 100 mayors and municipal leaders sign the Cologne Mayors’ Declaration for Child Friendly Cities, designed to accelerate progress towards improving the lives, opportunities and well-being of children in urban areas.

‘Today we are sending a strong message’

Those who have put their name to the document include the mayors of Cologne, Recife (Brazil), Madrid, Tirana (Albania), Seoul and Kollet (Guinea).

Henriette Reker, Mayor of Cologne, said: “It is our action at local government level that has a huge influence on children’s lives and well-being. Yet many local politicians and leaders tend not to be aware that they too can and must help ensure that children’s rights, wishes and needs are respected and taken into account. Today we are sending a strong message to cities and communities around the world that we can make a difference to the lives of children and young people.”

Click here for details of the summit coverage, including the various plenary sessions and speakers, and here to see shared photo via the UNICEF website.