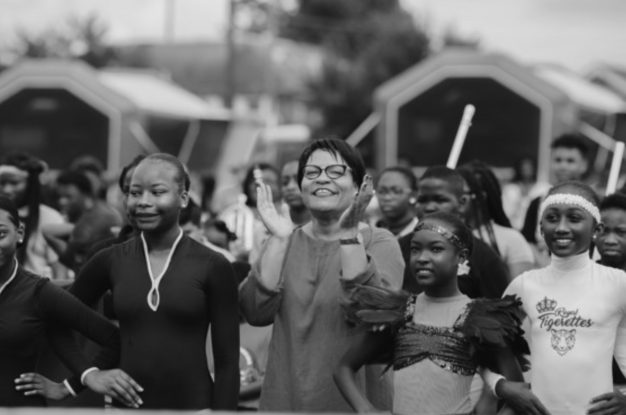 Outlining a vision of a child-friendly New Orleans

Safety, nature and health are at the forefront of the city of New Orleans’ bold new vision for making itself truly child-friendly.

That culminated in a collaborative workshop in July involving  New Orleans youth leaders, community representatives, and various city agencies and organisations. A range of ideas have now been unveiled at a ‘Neighbourhood Summit’.

‘Children will be impacted by decisions made today’

The city says that children will be disproportionately impacted by the decisions made today regarding climate change, transportation, safety, economic opportunity, and public health. Despite this however, urban planning has not traditionally prioritised children’s needs, and it says that a child-friendly design effort in New Orleans would respond to the needs of the youth, who represent over 25 per cent of the city’s population.

In its new publication, ‘Goals for a Child-friendly New Orleans’, the city outlines a comprehensive set of recommendations across four themes: safety, nature and sustainability, health and well-being, and stronger communities. Building upon existing city and non-profit initiatives that are currently underway, it also offers a framework for all stakeholders to streamline efforts around a common vision.

LaToya Cantrell, the Mayor of New Orleans, said: “When we design a New Orleans that truly puts children’s interests first, we create a New Orleans that shows love to all her people. The project seeks to mobilize city leadership to think beyond playgrounds when it comes to urban design.

It also highlights opportunities to design and build a network of places and spaces for children that are sensitive to their physical development and everyday needs.

Margaret Newman, Principal of Arup, said, “We congratulate the City of New Orleans for being one of the first cities in the U.S. to prioritize children by creating the Office of Youth and Families. With our accomplished partners — PlayBuild and Tulane — Arup is excited to bring our research and strategy to explore in real time the broader themes of public health, sustainability, resilience and safety to realize with the City of New Orleans a child-friendly city.

‘An opportunity for generational impact’

“Arup has been working in cities around the world to develop prototypes for how infrastructure and design can support the planning and building of cities to support the needs of people of all ages.”

Angela Kyle, the founder of PlayBuild, added: “This is an opportunity for generational impact, and we are excited to partner with the City, Arup, and the Tulane School of Architecture on the child-friendly cities initiative.”

Click here to see more about the city’s vision.