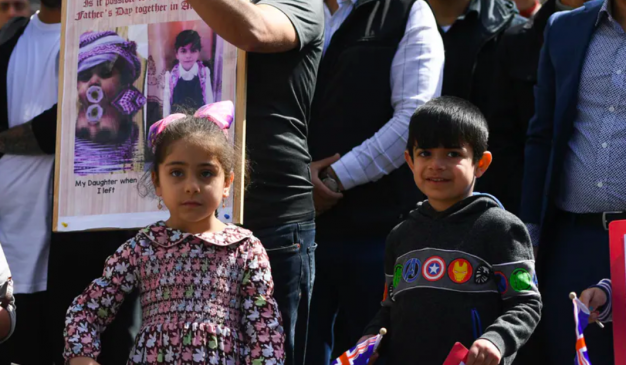 ‘The Australian government is not listening’: how our country is failing to protect its children

Australia appeared last month before the UN Committee on the Rights of the Child in Geneva for a five-year assessment of the government’s progress in protecting the rights of children.

Among those who spoke at the hearing was 12-year-old Dujuan Hoosan from Arrernte and Garrwa country in central Australia, who called on the Australian government to stop imprisoning 10-year-olds, support Aboriginal-led education programs, and respect the culture and rights of all children in Australia.

I came here to speak with you because the Australian government is not listening. Adults never listen to kids like me. But we have important things to say.

He is believed to be the youngest person ever to address the UN Human Rights Council.

On Friday, the UN committee handed down its report – and it paints a gloomy picture.

Read more:
Australia must do better at protecting children’s rights


The committee was extremely critical of the Australian government on a range of issues. These included the high numbers of children in care and the criminal justice system, the continued forced sterilisation of children with disabilities, the government’s treatment of refugee and asylum-seeking children, and the lack of meaningful opportunities for children to participate in decision-making on policies that affect their lives.

Many of the recommendations go to the heart of the ingrained political, cultural and legal inferiority of children in Australia.

Children and the criminal justice system

The Australian government played a major role in the drafting and passage of the UN Convention on the Rights of the Child nearly 30 years ago and was among its first signatories. The convention is one of the most ratified human rights treaties in history. It plays an important role in defining and upholding the rights of children.

Despite this, Australia still does not have a national strategy to ensure the implementation of appropriate protections of children’s rights.

The youth justice system in Australia, for example, has been described for some time as being in crisis.

In 2017, the Royal Commission into the Protection and Detention of Children in the Northern Territory shone a light onto some of the most serious violations in Australia’s youth justice system. It found that over the past decade, children in the NT were frequently mistreated, abused, humiliated and left alone for long periods. The local government has done little to address the issues since then.

Read more:
One year on from Royal Commission findings on Northern Territory child detention: what has changed?

Queensland’s youth justice system is now under scrutiny, after media reports earlier this year found that children as young as 10 were being housed in adult watch houses.

Nationally, media reports and official statistics show the rising numbers of children being remanded in prison rather than being granted bail. This is contrary to international guidelines, which say that prison should only be used as a “last resort”.

The UN committee report made a number of major recommendations on criminal justice issues, including urging the Australian government

Some of these recommendations were tabled over a year ago by the royal commission, but no major steps have been taken since.

The committee also urged Australia to explicitly prohibit corporal punishment of children in all settings, including homes, schools, detention centres and alternative care. It also called for laws in states and territories that permit “reasonable chastisement” to be repealed.

These laws currently allow adults to physically discipline children as long as it is “reasonable” in the circumstances. As campaigners against the practice rightly argue, “reasonable” is a vague term and open to interpretation. The UN committee wants it banned, as has recently taken place in Scotland.

The committee also said it was “seriously concerned” that the number of Australian children with mental health problems was on the rise. This is particularly so for children in Aboriginal and Torres Strait Islander communities or alternative care, those who are homeless, living in rural and remote areas or asylum-seekers, those from culturally diverse backgrounds and LGBTI children.

The report noted that

almost one in seven children were assessed with mental health problems, with
suicide being the leading cause of death for those aged 15-24.

Read more:
How we can help refugee kids to thrive in Australia

Among its recommendations to the government were

Finally, the committee also addressed the ways in which Australian politicians responded to children who took part in recent climate strikes.

Prime Minister Scott Morrison brushed off children’s demands for climate action, while others made patronising comments about them being better off in the classroom than on the streets protesting.

received a strongly worded negative response from those in authority, which
demonstrates disrespect for their right to express their views on this important issue.

None of these changes will happen without political will. Civil society, human rights groups and state children’s commissioners have crucial roles to play in continuing to advocate on behalf of children and speak up when they are being mistreated and their rights are being infringed.

The committee’s report card is not a badge of honour, and it puts Australia on a list of countries that have the necessary resources to support their next generation, but are failing to do so. 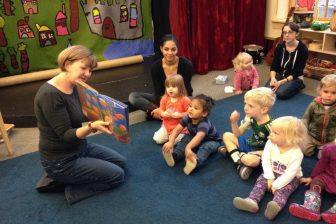 The first participative design for sustainable public schools in Ecuador

A truly collaborative process is the only way to describe the Nueva Escuela project in Ecuador, which has seen school pupils and their community play a central role in the design of a sustainable school....Read more