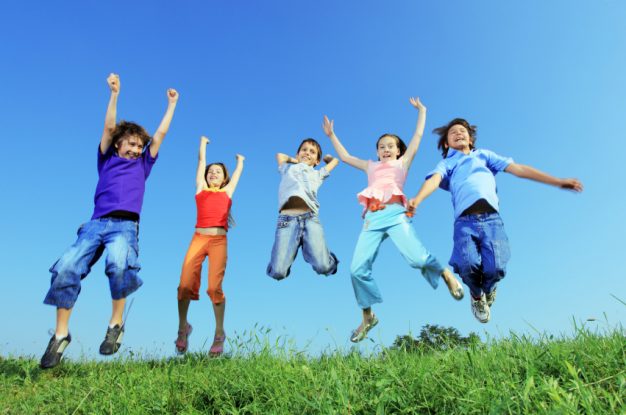 Government: Most children in the UK are ‘happy’

More than four in five young people aged between 10 and 24 in the United Kingdom say they are happy with their lives, according to research marking World Mental Health Day (October 10).

In the Government’s first State of the Nation report, key factors such as friendship, school and a good night’s sleep are central in influencing a young person’s happiness.

Children and young people were asked to rate their family and friends, health, school and their appearance as most important. Bullying, including cyberbullying, remains a key reason for unhappiness or poor wellbeing, especially among teenage girls.

The government said that the research ‘fulfilled a commitment’ to bring together the best evidence on children and young people’s wellbeing, identifying trends and drivers so that the right support is in place to help youngsters fulfil their potential.

Gavin Williamson, the Education Secretary, said: “The pressures young people face today both in and out of school are vastly different to those their parents and grandparents experienced, so we need to listen to what they have to say and act on it. It’s encouraging that the overwhelming majority of children say they are happy, but we have a responsibility to do better for those that aren’t.

“We have given teachers the power to tackle bad behaviour like bullying so that school is a safe place for every child to thrive, but today’s report helps shine a light on where to focus these efforts.”

Most said they were ‘happy with their lives’

The State of the Nation report, which collated the responses of more than 7,000 young people identified trends that reinforce what the government calls its ’emphasis on mobilising mental health awareness and support in schools’. Overall 94 per cent of children who took part felt happy with their family, 91.6 per cent happy with their friends and 94.5 per cent felt they had good or very good health.

Most said they were ‘happy with their lives’, with 82.9 per cent reporting high or very high life satisfaction. Bullying had the strongest link to teenage girls’ emotional wellbeing across adolescence, with seeing friends and getting enough sleep also rating highly.

‘..the importance of community’

Professor Peter Fonagy, CEO of children’s mental health charity the Anna Freud Centre, said: “It’s heartening that four out of five children are happy. However, we cannot ignore the fact that one in five children are not. We should be pleased that so many young people are resilient to the pressures of 21st century life, and be both prepared to stand by and support those who struggle.

“The survey is also important in highlighting the importance of the community in which our children live and study in determining their potential to achieve happiness.”