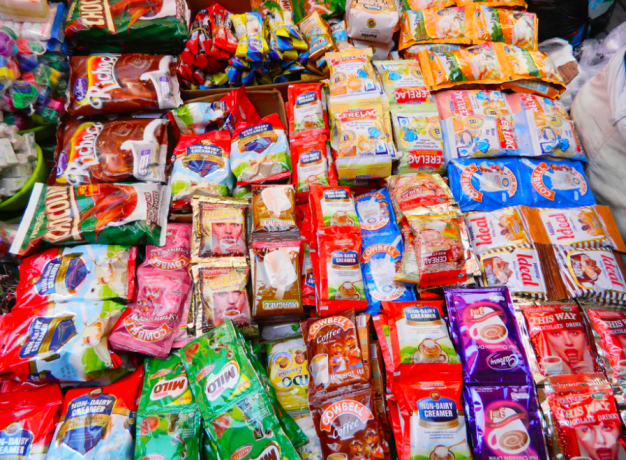 What we eat is changing on a global scale. Changes in the types of food that are available and affordable, where we buy food and how we prepare it carry significant consequences for nutrition and health.

Until the 20th century, the key nutritional issue was that people could not afford sufficient food or the necessary nutrients. But nowadays, the single most important issue is the co-existence of undernutrition – lack of access to sufficient quantities of food – and overnutrition – excessive consumption of food, writes Sara Stevano, King’s College London.

Across the world, calorie intake is on the rise and so is consumption of vegetable oils, meats and ultra-processed foods. Overall, imbalanced diets and multiple, at times opposite, nutritional problems are at the core of today’s public health challenges. Middle-income countries like Ghana embody this ambivalence. They show the highest increased consumption of unhealthy foods, but also improvements in consumption of healthy foods.

How does globalisation of food systems affect different groups?

The shifts in diet and lifestyle are undeniable. But a key question remains unanswered: how does the globalisation of food systems affect different groups? Given the multiple burdens of malnutrition, it is important to understand who is more likely to suffer from undernutrition or from obesity.

To address this question, we did research that combined a detailed investigation of diets with the analysis of food systems. The aim of our study of food consumption among school children in Accra was to understand diets and contextualise them in social and economic living conditions within the urban food landscapes.

We explored food consumption among school children from different socio-economic backgrounds in Accra. We carried out a student survey in five junior high schools in the Accra Metropolitan Area. We did qualitative interviews with schoolchildren, representatives of the food industry and public officials.

But the consumption of packaged and processed foods, often sugar-rich and nutrient-poor, cuts across wealth groups.

Ensuring that urban populations have access to affordable food, a long-standing goal of agricultural and food policy, is essential but no longer sufficient. Quality matters too. Understanding how unhealthy diets take root requires exploring the role of the food industry in making cheap, enticing and unhealthy food options available to urban residents.

Urban diets are changing, as agricultural and food systems have become globalised and created new forms of food production, distribution, and trade.
The nutritional implications for the Global South are seen in rising
obesity and non-communicable diseases alongside persisting food insecurity and old-fashioned food policies.

Understanding how patterns of globalisation affect the welfare of populations is a key development question. But we don’t know very much about the way that the globalisation of food and agriculture systems affects different
individuals or groups.

Research suggests that dietary change will be experienced differently by rich and poor, and by urban and rural populations.

In Ghana, national statistics suggest that there is a story of dietary change with remarkable reduction, but not elimination, of hunger and under-nutrition. Alongside this there’s rising overweight and obesity, particularly in urban areas, among wealthier people and women.

Ghana is self-sufficient in the production of maize, cassava and yam but is reliant on imports of rice, wheat and meat. Diets are becoming less reliant on cereals and imports of dairy products, poultry and sugar have been on an upward trend since the mid-1990s.

This may indicate that diets are becoming more diverse. But estimates of imports don’t allow us to rule out concerns about the deterioration of diets. Ghana is one of the fastest-growing markets for packaged foods and snacks, in particular. Crucially, we need to consider these changes in food production and trade in the context of rising inequality in the country.

Official statistics tend to portray socio-economic and nutrition inequality as reflecting urban-rural divides. But our study sheds light on the significance of food inequality within an urban area.

Through the daily lives of schoolchildren, we found that that children have access to different types of food depending on where they live and which school they go to.

As expected, our results show that children from poorer socio-economic backgrounds are more vulnerable to food insecurity, lower dietary diversity and poor food consumption. Food insecurity, far from being a rural problem, concerns the urban poor too. Low or irregular access to money, most likely linked to low and fluctuating household incomes, poses a major obstacle to the ability of children to buy the food they need during the school day.

A group of children in the sample have their first meal at the first or second break at school. These are children from poorer backgrounds, a finding that suggests that low or irregular incomes determine the number of meals children can have.

Though it is clear that urban food inequality is driven by wealth, the dynamics are complex. Take the consumption of packaged and processed foods. These foods don’t only feature in the diets of the wealthier groups but cut across wealth groups and peak for those in the middle. They are desirable, accessible and relatively affordable.

The food industry makes effective use of informal distribution channels, making packaged foods widely available in the markets, on the streets and, particularly, in the proximity of schools.

What needs to be done

Informal distribution is an important aspect of the urban food landscape. Knowing which foods are healthy or unhealthy does not stop children from consuming foods that are enticing and affordable.

It’s therefore essential to consider the food industry’s role when it comes to food environments that offer unhealthy, cheap and enticing options.