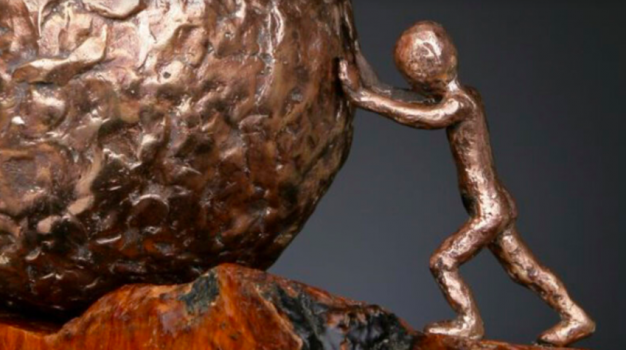 A Dutch children’s rights organisation has awarded its annual prize to 16-year-old climate activist Greta Thunberg and a 14-year-old peace campaigner from Cameroon.

KidsRights has given its International Children’s Peace Prize to Thunberg and peace activist Divina Maloum.

Thunberg’s prominence on the world stage is the result of her role as the instigator and leader of a series of recent global climate strikes. Maloum meanwhile warns youngsters about the dangers of getting involved in armed groups, while also promoting the role of children in peace and sustainable development efforts.

‘You are true change-makers’

South African Archbishop Desmond Tutu, patron of the organisation, said he was ‘in awe of the winners’, who were chosen by the KidsRighs’ Expert Committee out of 137 applicants from 56 countries.

Archbishop Tutu told the two award winners that their messages were ‘amplified by your youthful energy and unshakable belief that children can, no must, improve their own futures’. “You are true change-makers who have demonstrated most powerfully that children can move the world,” he added.

Marc Dullaert, Founder of KidsRights and chairman of the Expert Committee, said: “The impact of both Greta and Divina for the future of many children is unmistakable, they are the rightful winners of the International Children’s Peace Prize 2019.”

‘They are rightful winners’

The prize will be awarded at a ceremony on Universal Children’s Day, November 20, in The Hague. The ceremony will also celebrate the 15th anniversary of the International Children’s Peace Prize which became a global phenomenon and reached 1.2 billion people last year.

More information about Greta and Divina’s award, along with other young people who were nominated, and the International Children’s Peace Prize is available here.