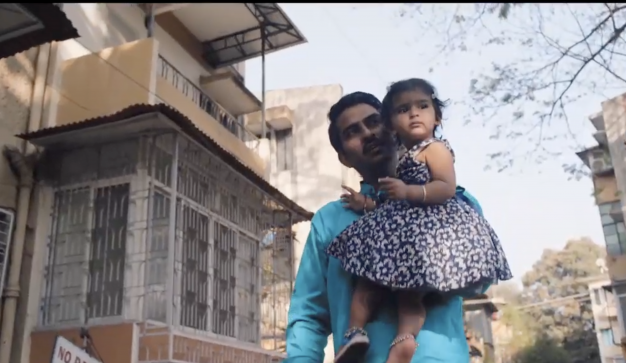 Published on 04-10-2019 at 09:00
Meet Mokshada. Follow this young explorer, aged 13 months, as she travels the streets of her home town Pune, India – shyly meeting other children, enjoying a drink of lime juice, climbing uneven steps and crossing a busy road in her father’s arms.

The lives of toddlers in two contrasting cities on opposite sides of the world are chronicled in videos from the Bernard van Leer Foundation (BvLF), which works to improve disadvantaged children’s lives.

Five short films highlight the experiences of youngsters growing up in Pune, India, and Recife in Brazil, showing the streets where they live, the people who care for them and the opportunities – and challenges – they face day in, day out.

The Young Explorers films were made by Jacob Krupnic, a New York City-based filmmaker, and feature Ahaan, Mokshada, Lulu, Elloah and Ze. The vides are supported by the foundation as part of its Urban 95 initiative, an ongoing project which looks at the experiences of city living through the eyes of a child – essentially 95 centimetres above the floor.

‘Cities can be wonderful places’

More than one billion children live in cities globally, says BvLF, yet while cities can be wonderful places to live, they can also present children and babies with major challenges surrounding their health and general well-being. This can stem from various factors including a lack of nature and safe places to play, air pollution, traffic and social isolation.

More than 1.6 million people live in the city of Recife, which is on the western tip of Brazil, yet families with young children face the constant threat of violence and inequality, which means that they often don’t feel safe in public which in turn restricts the children’s opportunities to socialise.

In the east Indian city of Pune, which has more than three million residents, young families face particularly tough conditions in relation to clean air and traffic. Babies and toddlers breathe up to four times as fast as adults, and travel closer to the ground, so are more susceptible to traffic emissions. Streets are also often congested, with few safe crossing places.

And yet, despite all of these barriers, says the foundation, both Recife and Pune offer ‘marvellous opportunities for babies and toddlers to explore, interact with and learn from the sights, sounds and fellow residents of the city’. It is encouraging more people to use social media to share their own experiences and images of babies and toddlers’ lives in the city.