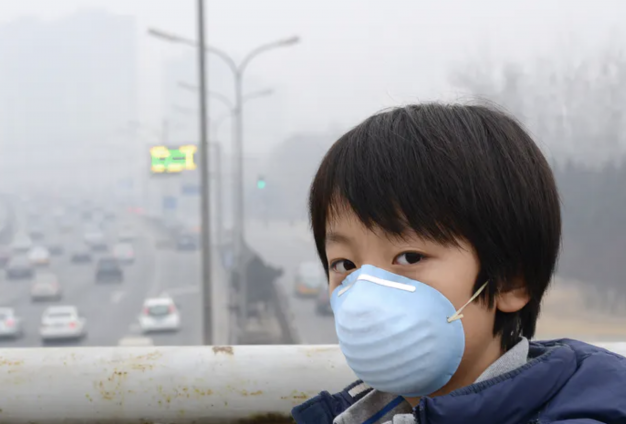 Published on 27-09-2019 at 09:00
Severe air pollution can speed up neurodegeneration when the brain is at the peak of its development — during childhood. Pictured here, a child in Beijing. (Shutterstock)

In megacities across the world, including Mexico City, Jakarta, New Delhi, Beijing, Los Angeles, Paris and London, humans are polluting air at a rate that Earth can no longer sustain.

Most human-made air pollution is like dust, as tiny as the diameter of hair (particulate matter) or even smaller (ultrafine particulate matter). The link to respiratory conditions such as pneumonia, bronchitis and asthma is well known. Almost one million children die from pneumonia each year, more than half of which are directly related to air pollution, writes Amedeo D’Angiulli, Carleton University

Being so small, particulate matter can also travel from our lungs into the blood and circulate into the brain. Once there, it can promote brain inflammation, which contributes to cell loss within the central nervous system, and likely to neurodegeneration, cognitive deficits and increased risk for dementias such as Alzheimer’s disease.

That’s right — millions of children around the world currently breathe air that may put them at risk of premature cognitive decline, and neurodegenerative disorders such as Alzheimer’s disease.

This is the story of how we continue to poison our children’s brains and cut their lives short.

In the late 1990s, neuropathologist and pediatrician Lilian Calderón-Garcidueñas, reported a connection between early signs of neurodegeneration and air pollution by examining brain tissues in adults, children and dogs after unexplained sudden “accidental” deaths.

Those brains had only one thing in common — they were from residents of Mexico City, one of the most polluted megacities in the world. 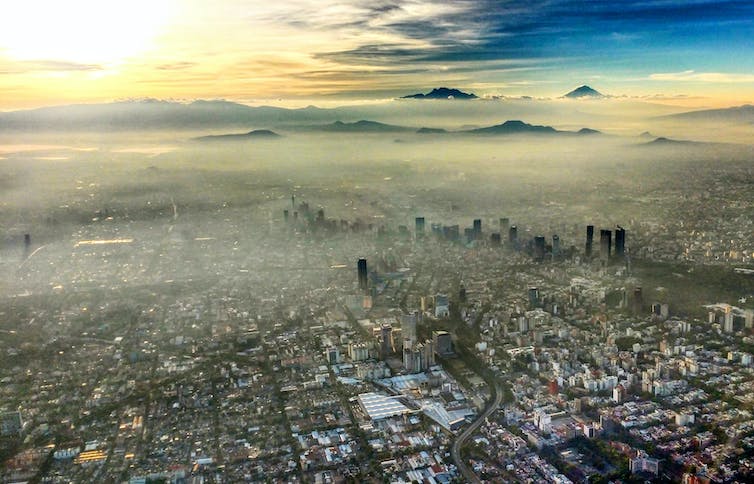 Around 300 million children live in areas, such as Mexico City, where outdoor air pollution exceeds international guidelines by at least six times.
(Shutterstock)

Around the inflamed spots you can sometimes see strips that resemble scars but other times you can see pinkish stems. These are the amyloid plaques frequently found after death in the brains of people with Alzheimer’s disease.

I joined Lilian’s team as an expert in cognitive developmental neuroscience and neuroimaging. We looked for signs of premature cognitive decline in living residents, using behavioural tests and taking various types of images of target brain regions.

We found that children from Mexico City had substantial cognitive decline as compared to population norms, and as compared to other children of similar age, sex and family and neighbourhood backgrounds who lived in less polluted areas.

We were also able to pinpoint unusual cognitive deficits to key developing areas of the brain: the prefrontal, temporal and parietal lobes of the cortex.

Atypical cognition was also found in the auditory brain stem, possibly relating to speech and language developmental deficits. Neuroimages in children were consistent with most serious damage being in the white matter — the parts of the brain providing the connections for electrical communication. In many cases we were able to show that in those Mexico City children, neuroinflammation was much worse than normal. 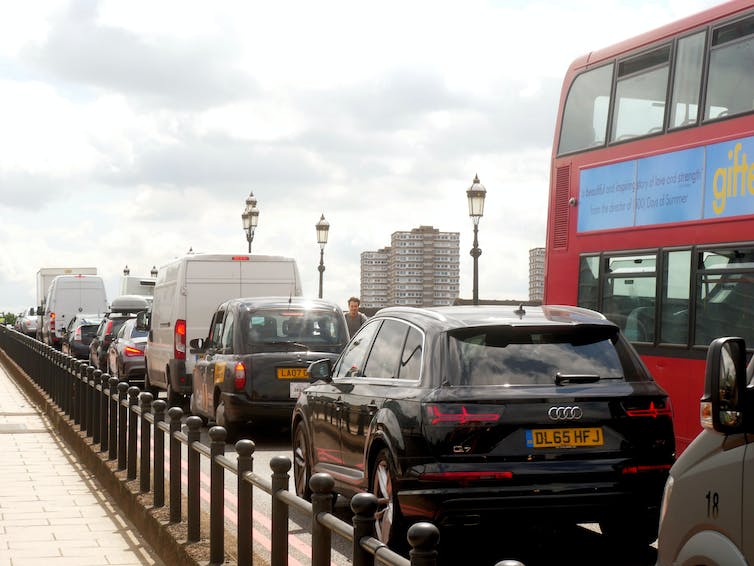 Polluted megacities include those such as Paris, London and Los Angeles. Here, traffic is shown in the city of London, UK.
(Shutterstock)

Today, reports of similar findings from other megacities and from other researchers show a considerable agreement: the brains of millions of children are being damaged by air pollution and protecting them should be of pressing importance for public health.

The good news: It is still possible to clear the air of cities, both indoors and outdoors, and minimize children’s exposure.

However, our attitudes must now shift from caution and waiting to immediate action. We need to commit to hard choices that may go against the convenience and ease of modern life we are accustomed to. For example, relying on cars and other combustion-based technologies.

If things are to change, the responsibility lies with the individual “me” and “you,” as well as with our collective society and institutions. We will never make it if one side of this equation continues to download responsibility to the other.

Alzheimer’s disease and other most hideous neurodegenerative diseases (dementias) are linked with all levels of air pollution , in people of all ages. Such diseases are among the top 10 mass killers globally and there is still no cure for them.

The science is in. Children are now rising up globally to defend their rights to a healthy life, on the global stage. We must respond, with concrete changes to our habits.