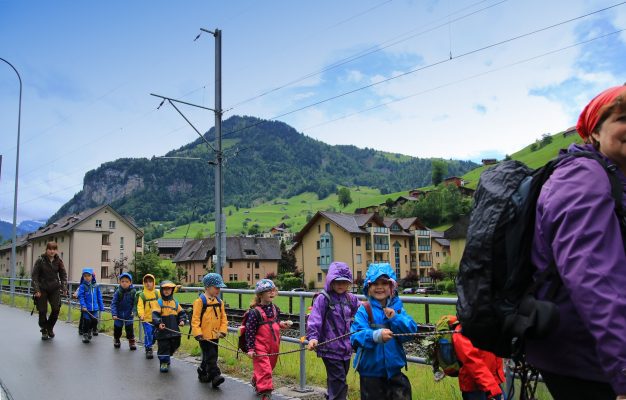 A coalition of Swiss cities is calling for better early years learning and childcare, saying quality education ‘should not depend on where you live’.

The major urban sprawls of Zurich and Geneva are among 60 cities that are part of Staedteinitiative Sozialpolitik (City Initiative Social Policy) which brings together municipal education and social welfare heads across the country.

It says that childcare and early years education for the under-4s remains ‘very patchy, with high costs and places in creches often difficult to find. Leaders from 25 cities told a symposium on the expansion of care and support services that all children should have ready access to linguistic and social support.

‘There are big differences’

Nicolas Galladé, President of City Initiative Social Policy, said: “The benefit which early intervention offers is undisputed..(but) implementation standards have not yet been established in Switzerland, so there are big differences.”

In a statement, the organisation pointed to various research programmes and studies which had shown that care and education for the nation’s under-4s was ‘patchy’. “Early intervention must not be a geographical coincidence,” it said. “Already today, larger cities pays tens of millions each year in the area of early promotion. The necessary further expansion requires a financial participation of others, such as the federal government, cantons (Swiss regions) and the economy.”

The organisation also acknowledged a report in February by the Swiss Commission of UNESCO, the United Nations Educational, Scientific and Cultural Organisation, which called for a ‘quantum leap’ in the delivery of early childhood policies in Switzerland. That report, Für eine Politik der frühen Kindheit,  said that only a concerted approach to change involving municipalities, cities, regions, cantons and the federal government would deliver the changes needed.

The full Staedteinitiative Sozialpolitik statement is available here (German and French only) and the Winterthur symposium programme here (German only).