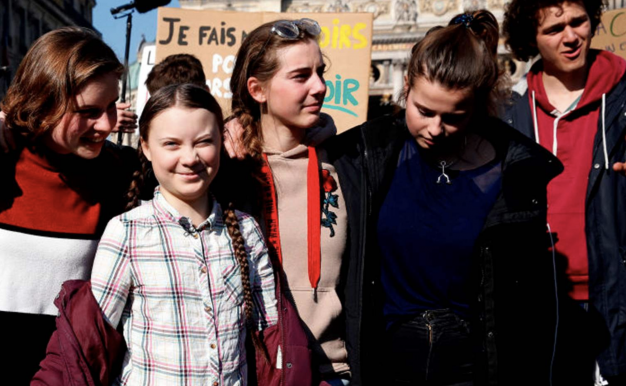 The head of Amnesty International has made an extraordinary, personal appeal to thousands of schools to let pupils take part in planned global climate strikes.

Kumi Naidoo, Secretary General of the global human rights movement, believes young people should be permitted to take part in what will be an unprecedented week-long wave of global climate demonstrations from September 20-27.

In a letter to school headteachers and governing boards in Australia, Canada, Hungary, Spain, New Zealand and UK, Naidoo says: “I believe that the cause for which these children are fighting is of such historic significance that I am writing to you with a request to neither prevent nor punish your pupils from taking part in the global days of strikes planned…”

‘Neither prevent nor punish pupils’

Inspired by the likes of teenage Swedish campaigner Greta Thunberg, young activists from 115 countries are planning to stage climate around 2,400 protests in 1,000 cities, with today (September 20) the main mobilisation day. In his letter, Naidoo asks schools to remember that by playing their part with direct action, children are exercising their human rights to freedom of expression, peaceful assembly and to have their say in decisions and matters that affect their lives.

“The climate emergency is the defining human rights issue for this generation of children…its consequences will shape their lives in almost every way imaginable,” he writes. “The failure of most governments to act in the face of overwhelming scientific evidence is arguably the biggest inter-generational human rights violation in history.”

‘Defining human rights for these children’

He also draws parallels to his own experiences of growing up in South Africa when, aged 15, he was expelled from school for organising an anti-apartheid protest at his school in the city of Durban: “My experience also informed my strong belief that children should not be punished for speaking out about the great injustices of our age. In fact, when it has fallen on young people to show the leadership that many adults who hold great positions of power have failed to, it is not young people’s behaviour we should be questioning. It is ours.”