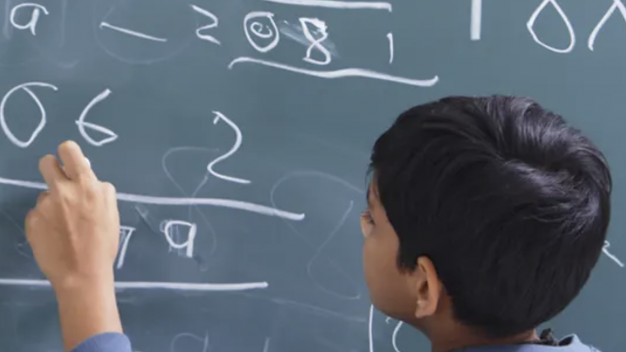 Many of the public school gifted and talented programs that serve high-ability students don’t reflect the diversity of their communities. New York City, with roughly 1.1 million students, is an extreme example.

While roughly 4 in 6 of its kindergartners are black or Latino, those children account for only about about 1 in 6 of all public school students identified as gifted and talented.
Concerns about this underrepresentation recently led a School Diversity Advisory Group appointed by Mayor Bill de Blasio to recommend that the city’s school system end all gifted and talented programs in its elementary and middle schools.

We are scholars of gifted education and education policy. Between us, we have lived in eight states and worked with 11 different school districts.

Based on what we’ve learned and seen along the way, we believe that de Blasio shouldn’t follow the panel’s recommendations. In our view, they are inconsistent with the large body of evidence supporting the need for increasing access to gifted and talented services and instruction for students from low-income and underrepresented backgrounds who are ready for more advanced coursework.

Ultimately, removing gifted programs would end up hurting students of color who are ready to be challenged and deserve that opportunity.

To be sure, the mayor is right to be concerned. Most gifted low-income kids are much less likely than affluent children with similar academic abilities and potential to get access to the kinds of programs that will help them flourish.

It’s also become clear that many talented low-income and underrepresented students of color are not challenged enough. For example, a recent study one of us worked on showed what happened when 482,418 gifted 7th-graders took the ACT college entry exam and then took it again in high school. The researchers found that gains for students from low-income and disadvantaged backgrounds between 2005 and 2017 were smaller than for other groups.

We see those results as clear evidence that kids who are both gifted and facing economic hardship need more opportunities to develop their talents. At the same time, it also indicates a need to ensure that all schools have the ability to challenge the brightest students, including low-income children of color.

We fear that if New York City were to dismantle its gifted programs, low-income gifted students – who can and do come from all backgrounds – would suffer the most. Unlike the children of wealthy parents who can afford the tuition at private schools or to move to affluent suburbs with high-performing school systems, there are virtually no alternatives for them. This includes talented students of color, who could be better served by increased access to gifted programs broadly.

That’s why reforming – rather than eliminating – New York’s program makes more sense. How to respond to the diversity panel’s recommendations is up to de Blasio, who has said he is not in a hurry to take action. Fortunately, there are some models across the country that he could follow. 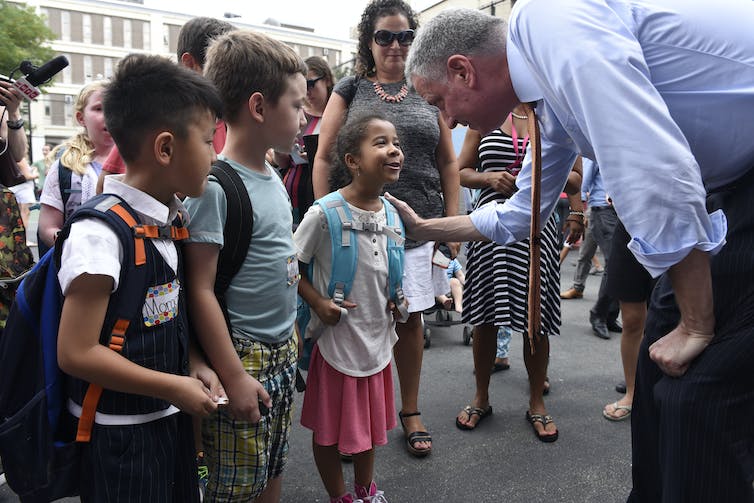 New York chooses students for its gifted programs by administering a single test when the kids are as young as 4 years old.

Another common way for schools to select which kids will take part in programs that serve gifted and talented students is through referrals from their teachers and parents. This is the approach taken in West Virginia, Oregon and countless school systems. But research indicates that this conventional approach more often leads to parents and teachers selecting students based on their personal, often idiosyncratic, ideas about what giftedness looks like.

It turns out that testing all students most effectively identifies students from all backgrounds who are ready for a more challenging curriculum. For example, universal screening has greatly improved the identification of gifted and talented racial and ethnic minorities in Broward County, Florida.

Additionally, research shows that standardized testing for spatial reasoning abilities, such as mentally rotating three-dimensional objects, can help identify a large pool of currently neglected gifted low-income and underrepresented students. That’s because these abilities are less correlated with socioeconomic status than math and verbal skills are.

Another problem in New York City is that testing children who are as young as 4 years old is often unreliable and may even exacerbate demographic imbalances.

Draw from all schools early on

Recent research shows that school systems that identify gifted and talented students based on test scores and also comparing students to each other within the school building works. For example, the top fraction of scorers within each school would be identified as gifted and talented. This strategy has increased Latino and African American representation in gifted programs in 10 states across the country by 170% and 300% respectively.

Taking this step can help disadvantaged kids who are highly talented enroll in programs that can boost their talent. When this happens early on, it can make it more likely for those underrepresented gifted students to later attend prestigious high schools.

That’s not happening in New York. Indeed, de Blasio created the advisory panel as a response to New York City’s most coveted high schools enrolling just a handful of African American and Latino students. Only seven of the 895 students accepted at high-performing Stuyvesant High School for the 2019 to 2020 school year, for example, were black.

However troubling it may seem, the disproportional representation of students of color in New York City’s gifted and talented programs and prestigious high schools is also evident on all other achievement outcomes in New York City schools.

We should note that for selective high school admissions de Blasio has tried – unsuccessfully – to abolish the city’s high-stakes admissions test. He supports a new system that admits instead the top 7% of students from each public middle school based on student rankings as a function of grades, state test scores and performance among peers.

This approach might work to some extent, but we don’t think throwing out admissions tests is a good solution at any stage of the education process because relative to other ways of selecting students, testing has the most evidence behind it.

All students should be tested and compared to one another within their own school buildings. Students could be screened for giftedness early – but not too early – perhaps in third grade, on math, verbal and spatial reasoning measures. This would improve the talent development of disadvantaged students in the long run.

Perhaps most importantly, these solutions can work all across the country, not just in New York City.

[ Deep knowledge, daily. Sign up for The Conversation’s newsletter. ]