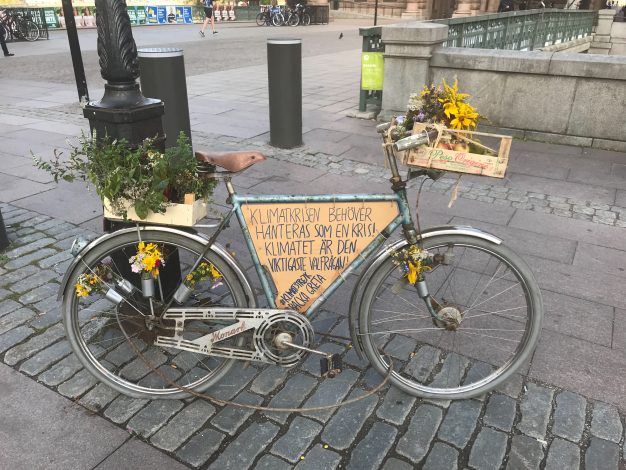 The United Nations Committee on the Rights of the Child Rights (OHCHR) kicked off its latest session by commending young people for campaigning on environmental issues.

Alexandria Villasenor, the 14-year-old founder of Earth Uprising International, and Greta Thunberg, also 14, who set up FridayForFuture, were praised for their efforts by the UN at the committee’s latest session in Geneva.

Villasenor holds a protest every day in front of the UN headquarters in New York, while Thunberg has received global recognition for holding politicians to account for their lack of action on what she calls the ‘climate crisis’.

Orest Nowosad, from the UN’s Human Rights Council, opened the session by saying: “In a world of melting ice, rising temperatures and waters, stronger hurricanes and plastic islands, children are taking action while adults are just watching. As demonstrated by the thousands of children who are joining the FridayForFuture movement every week, they have something to say in order to have a better world in which to grow and live. They want us to act and not just ‘watch’. Let’s do so.”

The OHCHR’s 82nd session is being held from 9-27 September and will debate, among other things, how countries are implementing previous UN recommendations on key global issues affecting the lives of children, with eight countries in particular under focus this time.

Reviews are being carried out on Australia, Bosnia & Herzegovina, Mozambique, Portugal and South Korea on the ‘Optional Protocol’ on the sale of children, while Georgia and Panama are being reviewed over the issue of children in armed conflict.

The full programme of work for the session can be viewed here.