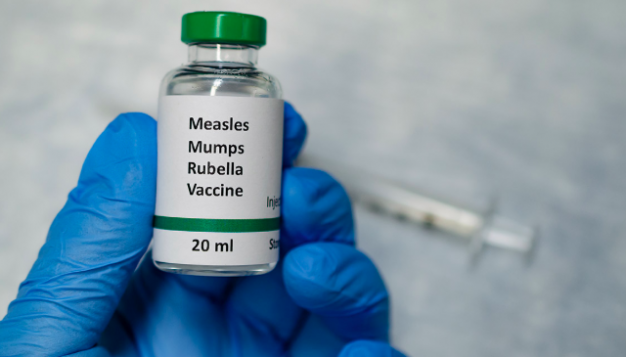 Measles back on the rise in Europe – World Health Organization

‘Concerning’ is how the World Health Organization (WHO) has described the return of measles to four European countries previously thought to be free of the disease.

The United Kingdom, Albania, Czech Republic and Greece have all lost their ‘measles elimination’ status for the first time since WHO began its Europe-wide verification process in 2012.

“Following several years of steady progress toward elimination of measles in the WHO European Region, the number of countries having achieved or sustained elimination of the disease has declined,” said WHO.

‘Some will tragically die’

Measles is a highly infectious virus – with dense city populations being an ideal breeding ground – and globally still one of the leading causes of childhood mortality. Rubella is usually mild when experienced in childhood, but it can often lead to serious and sometimes fatal complications in the foetus when an unprotected woman acquires the infection early in pregnancy. These latest figures are within the European Regional Verification Commission for Measles and Rubella Elimination (RVC), which is based on an assessment of annual status updates for 2018 submitted by the 53 member states.

Dr Günter Pfaff, Chair of the RVC, said: “Re-establishment of measles transmission is concerning. If high immunization coverage is not achieved and sustained in every community, both children and adults will suffer unnecessarily and some will tragically die.”

Both Austria and Switzerland gained full elimination status, having shown that there had been no known transmitted cases for at least 36 months. Up until the end of 2018, 35 countries were considered to have achieved or sustained elimination status, compared to 37 countries in 2017. Twelve remain endemic for measles and the four countries listed above have seen it return.

WHO says the surge in cases that began last year has continued into 2019, with around 90,000 cases reported for the first half of this year. This is already more than the whole of 2018. Dr Zsuzsanna Jakab, WHO Regional Director for Europe, added: “Great efforts to control this highly contagious disease have brought us a long way towards regional elimination. However, ongoing measles outbreaks demonstrate that more is needed. Through activation of the emergency response, WHO has increased its focus on measles elimination and upgraded its action.

“This is the time and opportunity to address any underlying health system, social determinants and societal challenges that may have allowed this deadly virus to persist in this region,” she added.

Earlier this year WHO reported that measles cases globally continued to climb into 2019. Preliminary figures shows that reported cases rose by 300 per cent in the first three months of 2019, compared to the same period in 2018. This follows consecutive increases over the past two years.

‘All regions of the world experiencing rises’

Many countries have found themselves in the midst of sizeable measles outbreaks, with all regions of the world experiencing sustained rises in cases. Affected countries include the Democratic Republic of the Congo, Ethiopia, Georgia, Kazakhstan, Kyrgyzstan, Madagascar, Myanmar, Philippines, Sudan, Thailand and Ukraine, causing many deaths – mostly among young children.

In 2017, measles led to 110,000 deaths worldwide. Even in high-income countries, complications result in hospitalisation in up to a quarter of cases, and can lead to lifelong disability, from brain damage and blindness to hearing loss.

The disease is almost entirely preventable through two doses of a safe and effective vaccine. For several years, however, global coverage with the first dose of measles vaccine has stalled at 85 percent. This is still short of the 95 percent needed to prevent outbreaks, and leaves many people, in many communities, at risk. Second dose coverage, while increasing, stands at 67 percen

Click here to read the latest WHO report on measles.