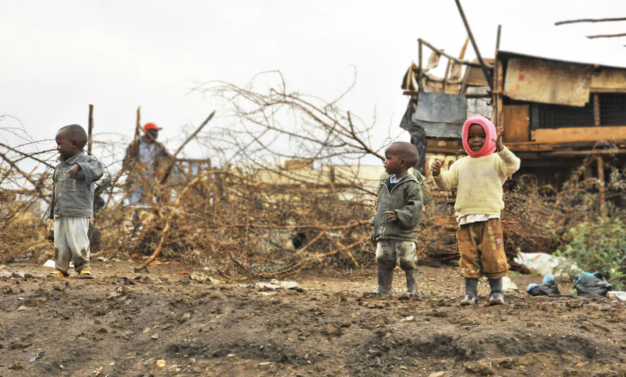 Providing Nairobi’s mothers with subsidised day care will benefit everyone

One of the major challenges that faces mothers who work is how to ensure their children are properly cared for while they are away.

This is particularly true for women in low-income settings. For instance, in the informal settlements of Kenya’s capital city, Nairobi, many women resort to using cheap childcare facilities.

These day-care centres usually operate in poorly-lit and poorly-ventilated rooms within people’s homes. They are crowded, have poor hygiene and offer children very little stimulation. Up to 30 children can be crammed into a small space. The centres are mostly run by untrained caregivers and so don’t adhere to quality standards. Because they’re not regulated there aren’t any reliable figures on their actual numbers.

Facilities like this put children at risk of malnutrition, infections, child abuse and delayed development. In Kenya, about 300 000 preschool children – those aged four years and below – in Nairobi’s low-income areas are at risk of poor mental and social development because of the sub-standard childcare environments they are exposed to while their mothers work.

A team from the African Population and Health Research Center (APHRC) did a study on whether access to subsidised day-care improved women’s ability to work. The study was conducted in Korogocho, a large informal settlement in Nairobi.

The study found that women who had access to subsidised day-care services were 17% more likely to be employed than those who did not. The women were also able to take up jobs that provided more stability, rather than informal work with little job security, because their children were being properly taken care of.

A total of 849 mothers were interviewed about their childcare arrangements, economic activity and child health and well-being. Most (62 per cent) engaged in at least one type of income-generating activity like selling goods (29%), cleaning (18 per cent) and washing clothes (14 per cent).

The study gave 569 of these mothers vouchers for subsidised centre-based child care for one year. Other mothers (280) served as a comparison group and continued to use the day-care services as normal.

A total of 48 day-care centres were selected for the study. These centres were considered ‘formal’ because they were registered, well-established and provided care for a fee to 10 or more children at a time. The centres were randomly assigned to three groups: one group received mothers who did not have vouchers, while the other two groups received vouchers from mothers who had been assigned to them. Half of the centres that received mothers with vouchers were also provided with training and materials – like mattresses, potties and toys.

After one year the mothers who received vouchers said that they had more freedom to work, or look for work, because they didn’t have to worry about their children. The children were also healthier. The mothers reported fewer incidences of illness like diarrhoea, fever and coughs.

The mothers also said they were more productive at work, because they were less stressed. This could benefit employers.

These findings add to already rich research from other countries which shows that providing day-care facilities in the work place means more women join the labour market and can earn an income. It also keeps them employed for longer and improves the children’s welfare.

Despite this evidence, little effort has been put into ensuring working women in Kenya, particularly those in poor urban settings, have access to quality childcare.

There are a few options that the private sector could consider. These include services to help employees find good childcare, a voucher or reimbursement system where the employer pays for childcare, subsidised day-care or a model where a number of employers come together and pool resources to set up a childcare centre.