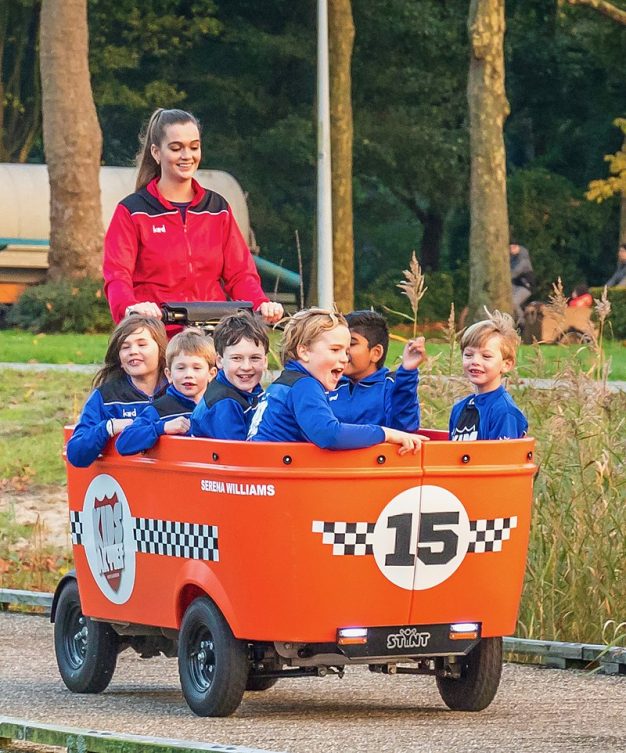 Dutch allow electric child cart to return to the road

In The Netherlands, the ‘Stint’, an electric transport vehicle that is used to transport children will return after a ban. The ban was put in place last year after four children were killed when a stint collided with a passenger train in Oss, Noord-Brabant.

As reported at the time by the BBC, a witness heard the driver who was transporting the children yell that her brakes had failed. Before the ban around 20,000 children were taken to daycare in these electric wagons.

The Stint will return to the road ahead of the upcoming school year. Cora van Nieuwenhuizen the Minister of Infrastructure and Water Management made the announcement and detailed the conditions of the return. One of the conditions is that maximum speed can only be used; on cycle paths that are separated from roads for fast traffic, roads with a maximum speed of 30 kilometres per hour and intersections with traffic control installations. Additionally, for now, Stints can only travel with a maximum of 8 children instead of the previous 10.

The conditions are a result of extensive discussions Van Nieuwenhuizen had with the childcare sector.

For childcare centers, the new maximum means that extra Stints and extra caregivers are needed to bring children to and from the daycare. Felix Rottenberg of the Childcare Sector Association told De Volkskrant “we want to limit the number of transport movements with children. The past school year we had to use taxi buses and there was a parade of children on bicycles behind electric cargo bikes. It has not become safer because of the lack of the Stint.”

Gjalt Jellesma, Chairman of BOinK, an interest group for parents in childcare said, “We’ve come far. The House of Representatives had said that the Stint would never be allowed on the road. And the minister is a tough cookie: she was very much on the line “this should never happen again.” We have always found that the Stint is a safe means of transport. Many parents let us know that they see it that way. Of course, they also doubts, but all transport alternatives are less safe.”

Before the new Stint can return to the road, the vehicle must first be approved by the RDW and – again – be designated as a special moped. The RDW is the organization that handles the registration of motor vehicles and driving licenses in the Netherlands. It is an independent administrative body of the Dutch government.