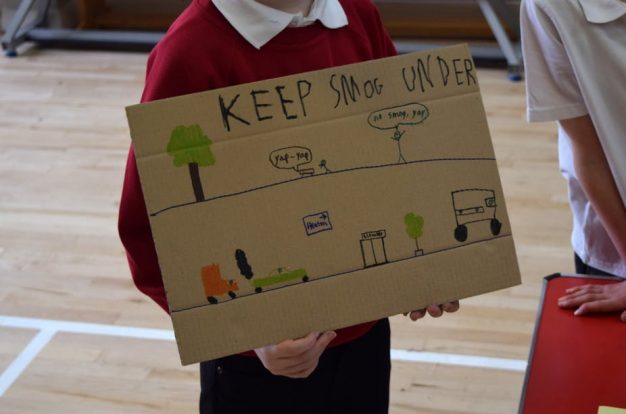 Air pollution has a particularly damaging effect on children. They’re still growing and breathe faster than adults do. They also live closer to the ground, where the most polluting gases from vehicles accumulate. Pollution from traffic has been linked to problems with brain development, stunted growth, respiratory conditions, cancers and 300,000 child deaths worldwide.

Children themselves are far from oblivious to all this. The school climate strikes show that young people are forcing air pollution and the climate crisis to the top of the political agenda. The strikes tell us that children demand a platform to challenge pollution in their environment. Unable to voice their concerns in school, they are forced to take radical action. What if instead there was a way to work with children in tackling air pollution and climate change?

Through my research, I look for ways that we can give children the tools, the skills and the confidence to affect change in the cities they live in. With the help of teachers and my colleagues in Open Lab – a research group at Newcastle University – we’ve come up with Sense Explorers, a series of lessons to run in primary schools.

"I think it’s tremendously unfair that adults get to destroy the air that kids breathe, yet there’s little that we can do about it." – Heaton primary school pupils told a public meeting what they thought about air pollution this week. #schoolstrike4climate #ClimateStrike pic.twitter.com/88gshbRYgy

Smog on the Tyne

Newcastle upon Tyne in the UK has a population of just over 260,000. It’s relatively small, but several areas of the city have illegal levels of air pollution. The culprit? Cars, buses and lorries, all emitting harmful concentrations of polluting gases such as nitrogen dioxide in built-up areas.

The children I talked to care about the environment and wanted to see it change for the better – but they have few means to influence that change. In our lessons, we didn’t simply teach school children about environmental issues – we allowed them to learn for themselves what they can do to improve their local environment.

First, we took them to streets in their neighbourhood. With the help of some digital tools, including a basic kit we built ourselves, we collected data about air pollution.

In our pilot lessons, we gave them a tool that professionals use called the Fidas Frog, a handheld device that monitors fine dust in the air. But when we found this wasn’t so fun or easy for children, we created the Sensor Pi. Using low-cost sensors connected to a Raspberry Pi computer, they could get a rough air pollution reading at the press of a button.

We didn’t just rely on technology – we asked the children to think about what their own five senses were telling them about the street. Could they see or hear what may be causing pollution?

We compiled the data they collected and showed it back to them alongside official data. Adults might not expect children to be able to interpret air pollution data, but when we asked them to explain what might be causing peaks in the graphs, they suggested parents in their idling cars, rush-hour traffic and the fumes from local factories.

We then asked: if you were in charge of the city, how would you make the situation better?

The city of tomorrow

The children proposed many things, including solar-powered cars, separate bridges for people and vehicles, tunnels to keep traffic underground and even electric travelators to replace roads and cars altogether. Many of their ideas to combat pollution could be implemented right now – slowing vehicles down or removing them from the road, providing electric car charging points, filtering the air and getting more people to walk and cycle.

These ideas won’t just linger in a teacher’s drawer or decorate a display wall. We’ve worked with four classes in three different schools, and local politicians came to meet all of them to listen and commit to action on their ideas.

Schools are the perfect places to encourage children to become environmental activists. It’s where children learn about the future, what it holds for them, and how they can make it better. We should be showing them what they can – and should – do to make their cities less polluted places.

Urban planners and politicians are often hesitant to work with children, but they shouldn’t be – we need to embrace their creativity and passion to take radical action on air pollution and climate change. More now than ever, we need the original ideas that only children can bring. 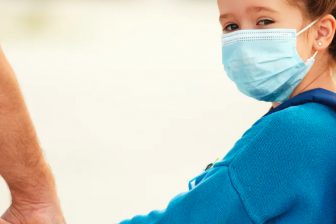