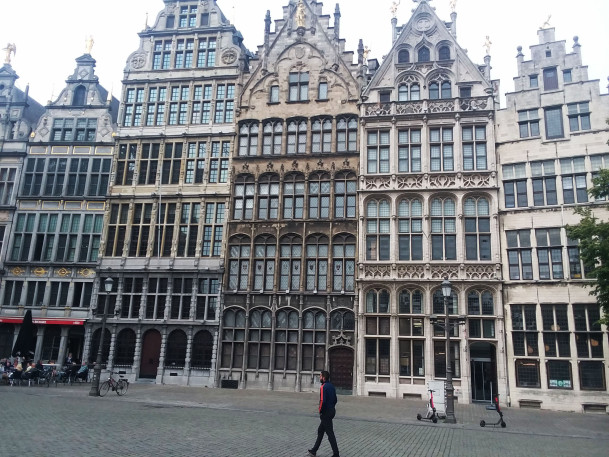 Project MAPEA at the CitC International seminar in Antwerp

As a visual artist it was something of a novelty to be attending an academic seminar broadly designed for architects, urban planners and other professionals from this area. But since our mapping project began in Caracas from involvement with youth and children in shantytown communities, when I saw the call for the Children in the Sustainable City Seminar it seemed the right place for our proposal.

This trip to Antwerp turned out to be a stimulating and fruitful experience over the two-day meeting. Above all, it was so reassuring to find oneself talking the same language when it came to sharing experiences, it can get very frustrating trying to explain this multi-disciplinary workshop model even in the art world.

MAPEA has reached four editions in the last four years so it continues to grow and prove its validity. At this moment it seems more urgent than ever to bring this activity to children amid such violence, encouraging a conversation about the environment and developing tools with which to do so. My participation in the seminar was a way of continuing our work when the crisis in Venezuela frustrated this year’s plans. By the end of March, when I should have been travelling to Caracas, flights were cancelled and the possibility of achieving the results we hoped for seemed pretty remote. It was a heart-breaking decision to cancel the trip, and we continue to wait for a change in tide to resume our plans.

Antwerp’s medieval city centre is fascinating in itself, ideal for pedestrian exploration. Arriving early on Sunday the afternoon was enough to see something of it. I found the fantastic commemorative Mayer Van Den Bergh museum with an important collection of Breugels work. As sometimes happens when you have seen a particularly gripping film, the streets of Antwerp seemed to emanate the same atmosphere of opulence and perversion after seeing the famous Mad Meg painting.

The following two days were intensive from morning till evening, beginning early on Monday. After putting up the poster the presenters began to meet up, next to me was Gao Wenxiu from Shenzhen University in China, further over a project from Germany, another from Veracruz, Mexico. Session talks had participants from Iran, Quatar, Palestine, Hungary, Slovenia and Chile as well as from Europe. So the mix was amazing.

The seminar began with walks through the city – which resonated with our own practice in MAPEA workshops- before the discussions started.

The talks were hard to choose between, but I had signed up for the Placemaking and co-creation parallel session since this was an area that always generated much debate among our own group. Alberto Nanclares de Veiga from Basurama’s presentation on their projects in Africa, Spain and Latin America was fascinating and hugely helpful. It was a relief to find they had encountered similar issues when it comes to proposing recycling or reutilisation of materials in shantytown communities in Brazil. I had found that people were often suspicious of these ideas and insisted on new infrastructure, as if we were trying to give them something that we would not want to have ourselves. In many ways the discussions that happened were as important as the concrete results.

I also really enjoyed the Octopusplan Pedestrian Movement presentation about a flying goat and a llama, local mythical figures used in their sustainable mobility and placemaking campaign, while Irene Quintans was a great moderator. 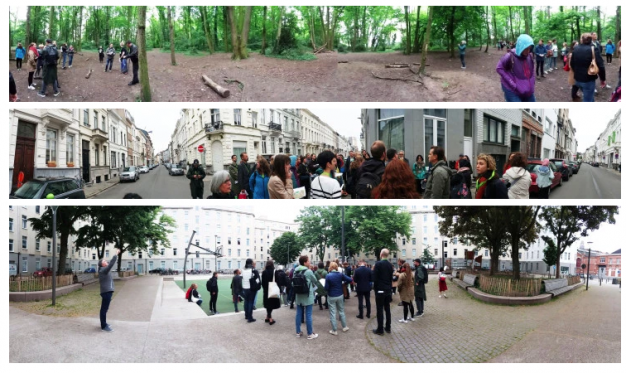 The second day also started with a walk through an area of the city where activists and city council members have long worked to improve spaces for residents through various measures. An apparently very simple and effective means of improving mobility for pedestrians is the elimination of pavements, so the separation between it and the road is removed, making it much more practical for those with physical impairments of all kinds. When eventually cars can be limited in their movement through the city centre, the whole space is opened up much more easily. The addition of plant beds, parks and allotments made the whole area so pleasant to be in, and the use of rainwater catchment for watering was great to see. The youth centre was beyond inspiring. 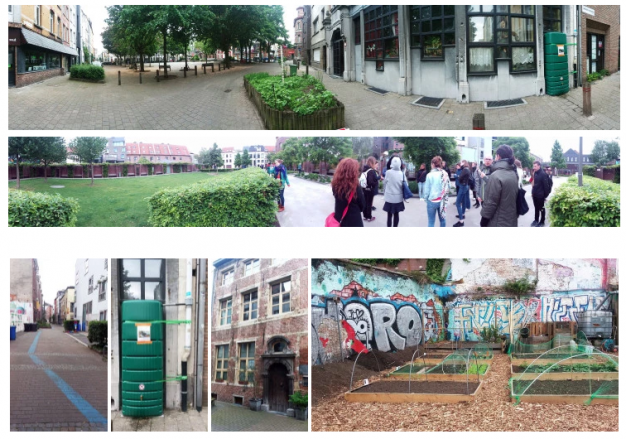 This post was originally published on natalyacritchley.com and republished with permission.

Natalya Critchley is a British-Venezuelan artist who studied in London before relocating to Venezuela. Much of her work emphasizes urban and industrial landscapes. She exhibits in Venezuela, the UK and USA since 1983, and has participated in urban art projects in Trinidad, Ecuador and Cuba. Recently she taught architecture students in a summer workshop at ETH Zurich. In 2009 a construction firm completing a cablecar in San Agustín del Sur a barrio located on a steep hill in the city of Caracas, Venezuela, commissioned a series of drawings on the transportation system and the barrio. This brought Natalya in contact with community leaders and local residents to whom she introduced ideas for art activities. Since then she has engaged in diverse urban art initiatives linked to the recovery of public spaces. These have involved artists, architects, university students and the local population. Examples include the production of collective works of art that include murals on walls and rooves (to be viewed form the cablecar) and clean up campaigns, recycling of materials and planting gardens. 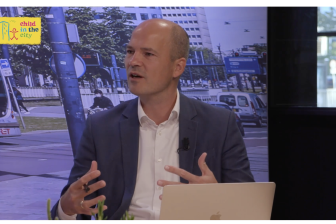 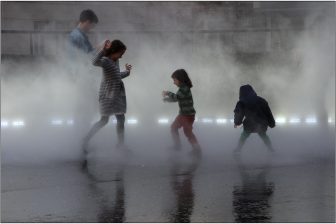 Child in the City Dublin 2022 – who are our expert speakers?