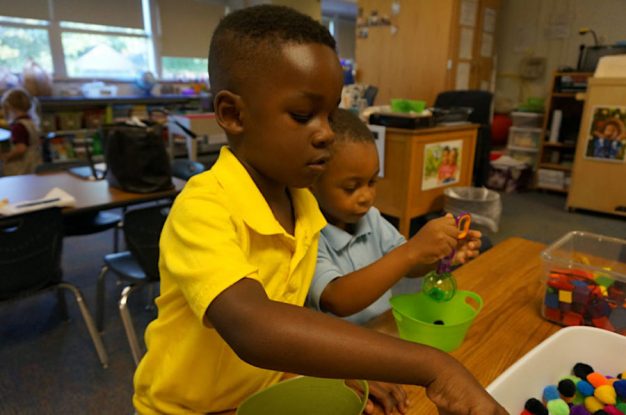 Preschool has enduring benefits for disadvantaged children — and their children, new research finds

It’s not just at-risk children who reap long-term educational and earnings benefits from high-quality preschool programs. It’s also their siblings and their eventual offspring. The potential for preschool to lift multiple generations out of poverty is one of the key findings from a pair of new studies from University of Chicago professor James Heckman, known for his groundbreaking research on the economics of early childhood education.

The new studies are an extension of earlier research examining the outcomes of children — now adults in their mid-50s — who were part of the famous Perry Preschool Project experiment in Ypsilanti, Michigan, in the 1960s. Researchers assigned one group of 3- and 4-year-olds to a daily preschool program that included weekly home visits by staff. The control group didn’t receive those services.

The new research is the latest to illustrate the ripple effects of early childhood programs on nonparticipants. In this case, it was relatives of participants who saw benefits, but another recent study showed achievement gains for elementary school peers of kids who attended preschool.

In a conference call with reporters Monday, Heckman said the benefits accrued by the preschool participants and their children came about because of improved family life and parent engagement, not because the families were able to move to more affluent neighbourhoods. Most of the participants ended up living in similar, and sometimes worse, neighbourhoods than their counterparts in the control group, said Heckman, who decried what he called the “zip code is destiny” argument.

In detailing the policy implications of the two studies, Heckman said his research demonstrates the effectiveness of high-quality preschool targeted at children who are “disadvantaged.” The results can’t be generalized to universal preschool programs that aim to serve all children — an initiative gaining traction in many cities and states right now.

The 123 participants in the Perry Preschool Project were black 3- and 4-year-olds who came from low-income families and had lower-than-average IQ scores when they entered the study. They went on to have hundreds of children, who are now part of Heckman and Karapakula’s new paper on the second-generation effects of preschool.

Heckman said fostering student engagement in learning and parent engagement in kids’ lives were two key reasons the program was successful. Both at home and in school, young kids need warm, supportive caregivers to help them succeed, he said. Heckman noted that about one-third of federally funded Head Start preschool programs today use a curriculum similar to that used in the Perry program. He also said the growing Reggio Emilia approach, which features child-led projects, has a similar foundation.

Heckman said the educational establishment has put too much attention on test scores — and the eventual “fadeout” of achievement gains years after students attend early childhood programs.

This focus obscures the lifelong benefits of early education revealed by his research: better health, higher educational attainment, less criminal involvement, and increased earnings. Those advantages stem from the development of key social and emotional skills, such as self-control and grit — strengths standardized tests don’t cover, he said.

“What we’ve come to understand,” he said, is “those scores on those tests give only a partial summary of what determines successful lives.”