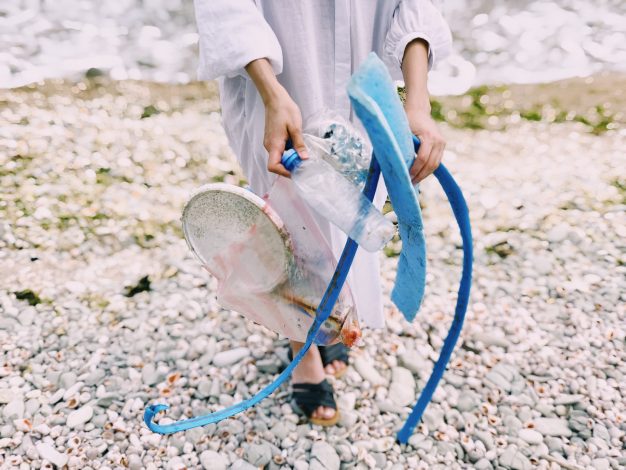 Facing our environmental crisis head on

As a researcher working across multiple environmental problems, which include climate change and plastic pollution, it’s a question I often ask myself. Like a good doctor, I need to triage so I can prioritise urgent cases. I don’t have an answer, but Professor Stafford and Dr Jones made me think.

Report after report present increasing quantities and quality of evidence that we are changing our planet rapidly, substantially and irreversibly in order to meet human demands for resources – food, minerals, water, timber, fibre and fuel.

For decades, we have justified damage to the planet as the cost of economic development and human wellbeing, but we’ve now come to a point where we can no longer justify business-as-usual as it will disrupt our very civilisation.

Meeting human needs is now confounded with meeting human demands, and we have seen what we consider our ‘basic needs’ change over time. The real root of our biggest environmental challenges is singular – overconsumption. The narrative of plastic pollution, if properly utilised, is the story of our ‘Century of Overconsumption’.

A study in 2017 estimated that some 76 percent of all plastics produced since 1950 end up as waste, and almost 80 percent, or 5000 million tonnes, of this waste is in landfills, marine areas and other natural environments.

And people understand that the issue encapsulates the tragedy of our lifestyles. This element of what people relate to is one often missing in discussions around climate change, biodiversity loss and other grand environmental problems.

It may difficult for many of us to relate to refugees fleeing a drought-driven crisis, or the farmer in the outback struggling as a result of bushfires and lack of water. But the story of plastic pollution is one we all hold in our hands daily. It makes us tangibly understand that individual and societal wellbeing built upon materialism generates multiple problems.

Without a doubt, large-scale systemic changes are needed. But these changes can start at an individual level. Fifteen-year-old Greta Thunberg, one girl protesting the need for immediate action to combat climate change in front of the Swedish parliament, is now a symbol of how change can occur – one person at a time – that then dominoes into a global movement.

Governments are often pushed into action when established, but incomplete, evidence of a problem is married with political will.

Climate change is an example where the evidence, although substantial and agreed by scientific consensus, hasn’t led to strong political will. It is crucial to understand and remember that long-term and effective change for addressing complex issues can be achieved when government and key public stakeholders pull in the same direction. And the changes we need now require both political and public will.

But as I mentioned before, change can start with the individual. For many of us, the path to living more sustainably begins by tweaking the choices we make, that can eventually lead to a more wholesale reform of the way we live. For me, it started with recycling, then composting, then on to eating less meat and flying less. My reform continues as I learn about the global impact of my lifestyle.

And there’s a theory that proves these small changes can effect larger ones. It’s the concept of the positive spillover effect – by engaging in one pro-environment behaviour, people may subsequently engage in other pro-environment behaviours. So, plastic pollution may be seen as a convenient truth distracting us from the threat of climate change, or it could become the poster child of our society’s biggest challenge – overconsumption.

If the real-world impacts of plastic pollution lead to many of us fostering habits that positively spillover – then every time we raise the hammer (figuratively speaking), we have a chance to put a nail in the coffin of overconsumption.