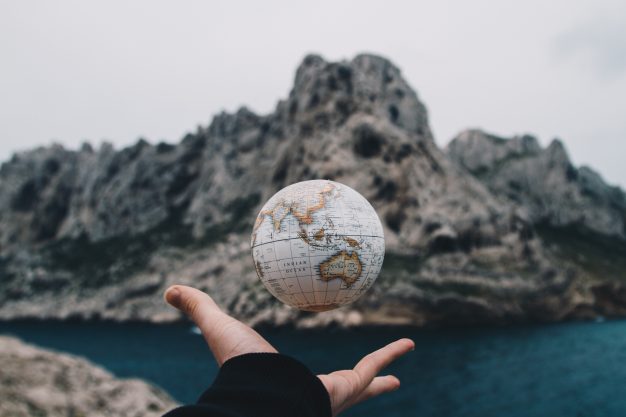 The cost of climate (in)action

The Liberal Party of Australia

The Liberal Party introduced the Climate Solutions Package in February 2019. The package includes a range of measures, but most notably a continuation of the Emissions Reduction Fund (ERF), which remains the Coalition Government’s key climate policy.

The Climate Solutions Fund includes another $A2 billion to be used for ERF auctions until 2030. The Package does not include any plan to increase renewables beyond the current 23.5 per cent 2020 target.

The package also retains Australia’s current emissions reduction target of 26 per cent to 28 per cent below 2005 levels by 2030. This target falls far short of what is required to meet the Paris climate agreement goals.

Australia was ranked 55th out of 60 countries assessed in a Climate Change Performance Index released at the last climate summit held in Poland in December 2018.

Research from the University of Melbourne shows that if all countries’ climate action was as inadequate as Australia’s, the world would be on track for on track for 4°C warming.

Labor has released a Climate Change Action Plan that leads with a renewable energy target of 50 percent electricity generation by 2030, household rebates for solar batteries and investment in energy efficiency.

Labor will extend the existing ‘safeguard mechanism’ to function as a pollution cap for industry, while the agriculture sector will participate in a revived Carbon Farming Initiative (the earlier and more effective version of the ERF, introduced by the Labor Governments’ Clean Energy Act, which was repealed by the Abbot government).

Labor’s climate target will commit Australia to emission reductions of 45 per cent on 2005 levels by 2030, and to reach net zero emissions by 2050.

Labor’s policy document states this target is informed by independent Climate Change Authority (CCA) advice, yet the CCA advice in its 2015 targets review concluded that Australia’s fair share of a global target for 2°C was an emissions reduction of between 40 to 60 per cent below 2000 levels by 2030.

The CCA review pre-dated the adoption of the Paris Agreement in December 2015, which raised global ambition to “well below 2°C” and pursuing 1.5°C warming limits.

The CCA 2015 targets review can, therefore, be considered out of date, and a target that is in line with Australia’s fair share of meeting the Paris climate agreement would have to sit at least at the upper end (if not above) the 45-60 per cent range.

Labor’s target is still inadequate from a global perspective and would not put Australia on track to meet its Paris commitments.

But it is a big step forward from our current targets under the Coalition, and would at least bring Australia in line with the inadequate action pledged by the rest of the world – current global pledges put the world on track for 3°C warming. Far greater ambition is required from all nations, including Australia, for the world to meet the goals of the Paris Agreement.

The Greens are the only political party in Australia with climate policies that put forward science-based targets for meeting our international obligations, with an emissions reduction target at 63-82 per cent by 2030 and a trajectory to get emissions to net zero by 2040.

The Greens manifesto calls for a total transition away from fossil fuels.

The Liberals claim their climate policies “[meet] our climate commitments without wrecking the economy”, and have tried to back this up with economic modelling that suggests Labor’s 45 per cent target will cost the economy billions.

This modelling has been widely debunked, and Labor’s budget costings show climate policies to have a cost to 2023 of around $A800 million.

Labor, in its manifesto, emphasises the “devastating costs” climate change will have for the Australian economy over the long term, and points out that the cost of not acting on climate change must also be factored in.

In light of the IPCC report on the urgency of limiting warming to 1.5°C, this may be a more salient point than the year on year costs of implementation of any near-term climate policy.

What are other countries doing?

The UN has invited Paris Agreement signatories to submit revised national targets in 2020, with a Climate Action Summit scheduled by the UN Secretary General for September 2019 to encourage countries to increase their climate ambition. In light of this, several countries are raising their national climate commitments.

The UK Parliament has just declared a climate emergency and has been advised by its independent Committee on Climate Change to adopt a target of net-zero emissions by 2050. The European Union has set an emission reductions target of 55 per cent by 2030 and the EU Parliament has endorsed a net-zero climate target for 2050.

Closer to home, New Zealand Prime Minister Jacinda Ardern recently introduced the Zero Carbon Bill to Parliament, which calls for net-zero carbon-dioxide emissions by 2050 and creates a legal obligation on the Government to plan for how it will support New Zealand towns and cities, business and farmers to adapt to the increasingly severe storms, floods, fires and droughts caused by climate change.

While all of this action from other countries is far more ambitious than Australia, the IPCC shows that net-zero emissions will need to be reached far earlier than 2050 for a chance of limiting warming to 1.5°C without overshoot, which risks potentially irreversible ecosystem loss.

So far no developed nation is taking seriously the equity considerations of the Paris Agreement, which require financial and technology support to help developing countries both reduce emissions and adapt to the already severe consequences of climate change.

Limiting warming to well below 2°C and aiming for 1.5°C as required by the Paris Agreement will indeed require that fossil fuel use declines to zero over to the next few decades. This is a trajectory that governments around the world – the UK, the EU, NZ and others – are beginning to acknowledge and enact.

While Labor’s climate policies fall short of this goal, they would put Australia on the right track. A returned Coalition government, with more of the same in terms of climate policy, would continue Australia’s dismal track record of climate inaction with devastating consequences.

A version of this article also appears on Election Watch.

Dr Kate Dooley is a Research Fellow at the Australian-German Climate & Energy College, University of Melbourne.