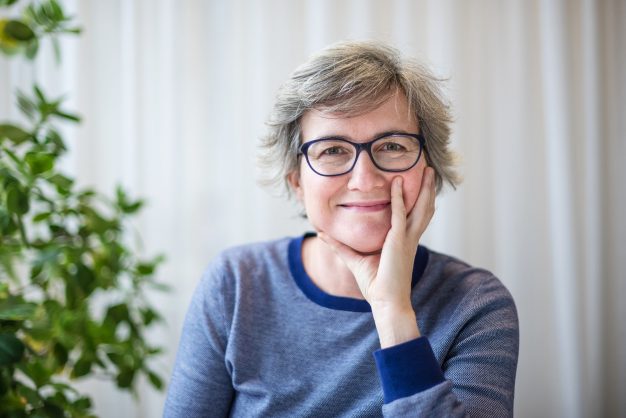 Tracking the livability of Antwerp’s neighbourhoods through urban scans

We intrinsically know that cities are made up of bricks and mortar… from buildings, bridges and highways to other hard assets. But increasingly, urbanists are using the analogy of a ‘living organism’ to describe cities, reflecting the fact that urban centres are in a constant state of motion and change. Change that includes everything from ongoing urban development (or decay) to the ebb and flow of residents and visitors.

To carry this analogy one step further, not unlike a doctor checking your pulse to make sure you’re ok, in Antwerp, GIS Expert Virge Smets is helping to measure the pulse of the community through the use of urban scans, to monitor and measure critical data pertaining to such priorities as housing and green space availability, air and noise pollution levels, walkability and access to public transit. Much of this data is used to measure just how family and child-friendly Antwerp’s various neighbourhoods are from one year to the next.

“We monitor the data every year so that we can say to ourselves ok,  in some areas, there’s an improvement. In others, maybe there’s a shortage of schools or nurseries,” says Smets, who is a keynote presenter at the upcoming 2019 Child in the City seminar in Antwerp. “But we also look at the soft things like green space and plants. We identify streets where there’s too much asphalt, where we need more trees and parks so that we can make these areas greener.”

Smets says she and her co-workers with the city’s Spatial Planning Department use their findings to help influence policymakers, helping them to recognize neighbourhood challenges, whether it’s not having enough schools, lack of green space, or the need for a community centre where teenagers can hang out.

Although no different than other cities in terms of having finite resources for public amenities, Antwerp has come up with a creative approach to making sure residential and commercial developers help to shoulder this burden. Two years ago, the city mandated that before any new project gets approved, an urban scan of the surrounding area must be conducted in order to get a sense of whether any neighbourhood gaps or shortcomings exist.

“We know we are growing and because of this growth, we need lots of facilities. So if you’re a private developer and you want to build 200 homes, we conduct an urban scan analysis and out of our analysis, if we identify for instance a shortage of green space, then we say to the developer, we need you to build this park,” explains Smets. “That’s the negotiation we have and it’s based on our analysis, tied to the needs of the area. Sometimes they just pay the money and sometimes they build what’s needed.”

When Antwerp began conducting urban scans a decade ago, the initial focus was on identifying areas where there was a shortage of parkland, which Smets says remains an essential part of helping to ensure communities are family friendly. “But our analysis has also expanded to include such things as air pollution and noise, which also influences (the livelihood of) children.” And this analysis is then parlayed into such remedial work as the construction of green walls or taking measures to address the noise. 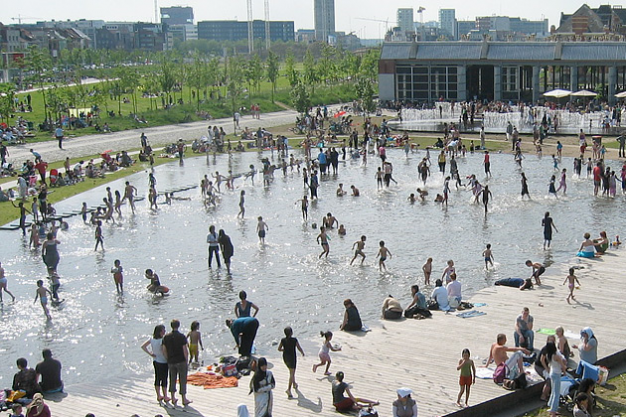 They’re also measured in terms of capacity. “In some quarters there are playgrounds that are in walking distance. But we measure how many children are within walking distance of that playground and then we calculate how many square metres of playground we have per child and sometimes (the amount of playground space) is not enough because there are too many children,” Smets says. And when that happens “we then go to our planners and to private developers and say, we need to build more or bigger playgrounds.”

Antwerp’s urban scans have led to the building of the 17-hectare Park Spoor Nord in the densely populated Antwerp-Noord quarter. They’ve also served as a catalyst for the construction of additional green space, schools, nurseries and sports facilities in tandem with new residential projects in the neighbourhoods of Nieuw Zuid, Groen Kwartier and Eilandje.

In the Ring Road area of the city, urban scans are focusing on helping to reduce air and noise pollution. And scans have been used as a lever to enhance public transit as well. For instance, in the former port area of Eilandje, an urban scan helped to bring to light the need for a new tram line within walking distance of local residents.

As impactful as some of these scans have been, Smets says data alone doesn’t always translate into action on the part of the decision makers. “We try to find good indicators tied to the climate or for green space, but sometimes there’s not a sense of urgency with the policymakers. But we keep trying to influence them with figures and facts because if you want to be a livable city, you have to do something about it. If you don’t do anything, your city will go backwards.”

Virge Smets is a keynote speaker at the Child in the City International Seminar in Antwerp, Belgium May 20-21. Click here to register for the seminar.

Mark Wessel is an urban journalist and public speaker who profiles unique city initiatives tied to sustainability, resiliency and quality of living that other communities can learn from. In addition to Child in the City, his work has appeared in TheCityFix, Next City, Municipal World, Cities Today and the Urban Future ‘City Changers’ blog. He also writes a regular Green Living column for Postmedia, Canada’s largest newspaper chain.