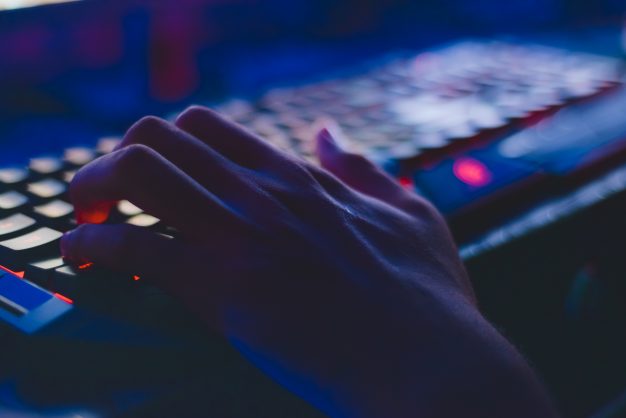 The impact of media use and screen time on children

Decades ago, kids loved going outside because doing so opened up worlds of possibilities. Sticks, rocks, and flowers turned into playthings when youngsters used their imaginations. Being outside also gave them plenty of room to stay active.

Today’s children still go outside and have fun, but some of them aren’t as compelled to do so as kids from past eras. That’s because TVs, computers, tablets, and smartphones entice kids without making them leave the couch. They no longer have to use their imaginations to create things in their minds and can stay fixated on what’s happening on the screens instead. What impacts does that trend have?

The American Academy of Pediatrics (AAP) released guidelines about screen time recommendations that differ depending on a child’s age. The organization also recognized that some media has value for kids starting at 18 months of age, but only if it’s high-quality and parents watch it with their little ones to help them understand the content.

For school-aged kids, it’s especially important to balance screen time with healthy activities. It’s also up to parents to set limits on screen use and media consumption. For example, they might insist that kids can’t use gadgets with screens during dinner or can only use them if it’s more than an hour before bedtime.

Researchers often seek to pinpoint whether certain activities impact brain development, and if so, how much. A long-term study that’s underway will gauge the effects of screen time, as well as other things like concussions and substance use on the brain. Preliminary results suggest a connection between heavy screen time and lower scores on cognitive tests.

Through this new study, scientists want to see if screen time causes measurable and lasting differences in how adolescent brains function, and it’s too early to know that yet.

A broad body of research shows that play facilitates childhood development. It helps kids manage stress and trauma, plus reduces the likelihood of obesity by keeping them active. The positive effects are evident at school. According to one study, 81 percent of teachers say they notice positive behavioral changes in kids after recess.

Even though the research is still determining if too much screen time harms kids’ brains, it’s already established that play helps the brain develop properly and offers other benefits.

Active play naturally lends itself to playing with others, especially if a child is near other young people. The resultant interactions mean participants must learn things like taking turns, sharing, making compromises and listening to each other. The skills built while playing with other kids could help them through later stages of life, including making them more relevant in the workplace as adults.

Experts assert that unstructured play helps kids learn problem-solving and how to experiment with things, such as building a tower with construction-based toys. If the playtime is too structured, kids won’t have enough freedom to engage in the activities that help them learn valuable skills.

Although some screen-based activities — like competitive video games — involve a small amount of social interaction, it’s nowhere near as much as the socialization kids get when they’re face to face. If children are too allured by screen time, they may not feel adequately motivated to make friends in real life or enjoy time with the kids they already know. Then, they could spend too much time in isolation.

Too much screen time linked to unhappiness in teens

Most parents want to help their kids live happy lives, and research among teens found that screen time can impact happiness. On average, the teenagers were most content if they had below-average social media use and above-average amounts of in-person interactions. That finding is useful to keep in mind for parents with kids of all ages.

If children aren’t motivated enough by the idea of unstructured play in the backyard, parents could consider getting them signed up for community sports teams or similar activities. That approach gets youngsters around other people that are close to their ages and could open up opportunities for play outside of those scheduled gatherings.

Kids often model the behaviors of older members of the household. That means it’s essential for people like siblings and parents to set good examples and moderate their screen time. It’s even better to plan family activities that don’t involve using things with screens. A Saturday afternoon could include plans of going on a nature hike or checking out an ice-skating rink.

If children see their parents continually using screen gadgets instead of getting engaged with the world in other ways, they’ll wonder why they shouldn’t and can’t do the same. Often, when young people realize how much more there is to do beyond using gadgets with screens, they’ll discover other, fruitful ways to spend their time.

There may be times when kids need to use devices with screens more than usual, such as when researching a school project. Parents should have leeway with those instances but always be watchful for the times when it becomes clear that screen time is cutting into the time youngsters could use for healthy play.