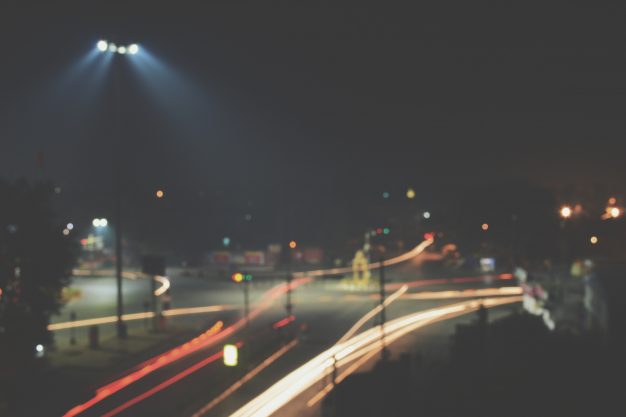 While India accounts for only 2 percent of global motor vehicles, it contributes over 12 per cent of global road traffic deaths. Around 150,000 people lose their lives on India’s roads every year, making them some of the most dangerous in the world.

To increase safety – especially at intersections, where pedestrians and cyclists are most vulnerable – WRI India partnered with the Mumbai Traffic Police and the Mumbai Municipal Corporation in 2017 to audit and improve high-risk intersections across the city. The aim of the project, part of Bloomberg Initiative for Global Road Safety, supported by Bloomberg Philanthropies, is to reduce the nearly 500 road fatalities every year in the city, more than 30 percent of which occur at intersections.

For the first trial, we selected the HP Petrol Pump intersection in Bandra, a western suburb. Many decades ago, the intersection housed a roundabout to connect three arterial roads, including the iconic Linking Road. It was later removed to increase traffic capacity, but the intersection area was still kept very large, which made it very perilous to cross, both for motorists and pedestrians.

In December 2018, after two years of design and testing, the city decided to make changes to the intersection permanent. Today, over 70,000 vehicles and nearly 50,000 pedestrians use this remodelled, safer intersection every day.

WRI India undertook an innovative, three-step approach to get to this point:

1. Design for All Road Users

Before the HP Junction renovation in March 2017. Photo by Saurabh Jain/WRI India

Before the transformation could begin, the team studied mobility patterns at the location for all road users, including both motorized and non-motorized modes. This study showed that, during peak hours, over 5,000 vehicles traverse the intersection. But what was more surprising was that an equivalent number of pedestrians also crossed the space. This was an unexpected revelation to the city authorities, who were primarily concerned with vehicular capacity up to that point. There was virtually no infrastructure provided for pedestrians.

WRI’s proposed redesign for the intersection involved creating dedicated pedestrian infrastructure and redistributing space equally for all users. By expanding sidewalks, protected medians and islands, and streamlining traffic lanes, the design reduced the size of the intersection by 29 percent and reduced pedestrian crossing distances specifically by 50 percent. Other features improved safety and accessibility for pedestrians, including protected waiting areas, crosswalks and wheelchair ramps.

For motorized traffic, the redesign called for standardizing the number and width of traffic lanes entering and exiting the intersection. This provided clearer guidance to traffic but was a departure from the conventional design idea of larger intersections to facilitate faster traffic flow.

2. Engage the Community and Gather Input

A key component of this project was soliciting feedback and input from the community, local traffic police and related stakeholders. In direct contrast to the conventional way roads are developed in Mumbai, WRI India and city authorities launched an experimental trial of the changes and then encouraged public discourse on its effects.

WRI India conducted a series of interviews with pedestrians, traffic police, local residents and shopkeepers. We even took feedback via local social media groups. All of this feedback fed into the final design to ensure a larger consensus for the intersection’s final form.

Changes made permanent in December 2018. Photo by Saurabh Jain/WRI India

The trial was a major success and a learning experience for the city. Beforehand, one of the major concerns expressed by city authorities was the impact that reducing traffic space would have on congestion. However, data collected during the trial showed that traffic capacity was not adversely impacted. In fact, in some instances, traffic flow actually improved because movements were now more streamlined and clear to drivers and pedestrians.

Given the success of the trial, city authorities decided to permanently implement WRI India’s recommended design in Decemeber 2018, and there has not been a single major crash at the HP Petrol Pump intersection since.

The success of this project at such a major interchange will not only affect more than 100,000 people everyday, it has prompted the city to look at 12 more high-risk intersections using the same framework. Mumbai is looking at completely changing its approach to intersection design. WRI India will continue to help make this transition possible, providing safer mobility to all Mumbaikars, whether motorists, pedestrians, cyclists or whatever comes next.