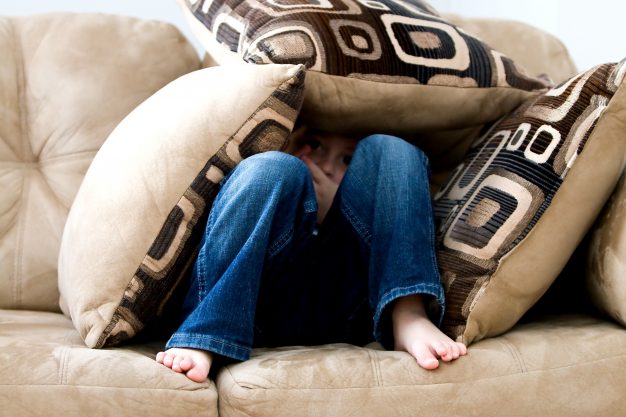 How living in violent communities can affect children’s antisocial behaviour

The English riots of August 2011 were shocking and unsettling for many who saw them, either in person or on the news. But what might the longer-term effects be? How does seeing violence and destruction on that scale affect children’s mental health – and the risk of them becoming violent themselves?

Although riots are an extreme form of public disorder, exposure to community violence is a common experience for many children. In the most high-risk areas – urban areas with high levels of poverty – up to 90% of children have been exposed to some level of community violence.

Community violence refers to deliberate acts of interpersonal violence committed in a neighbourhood. It might involve a chase, a physical attack or a verbal threat. It can be experienced directly by the victim, or indirectly – through witnessing an incident happening to someone else.

Exposure to community violence is known to be related to a range of mental health problems, such as anxiety, depression and post-traumatic stress disorder. It is also associated with an increased risk of developing antisocial behaviour and delinquency. So it seems likely that children and adolescents with “conduct disorder” are a group who are more likely than their peers to have been exposed to community violence.

Conduct disorder is a psychiatric diagnosis defined by aggressive and antisocial behaviour that harms or violates the rights of others. It has a highly negative effect on the young person – frequently leading to school dropout and educational failure – as well as on their families, teachers, and society.

To date, most research has included a mixture of healthy and clinically impaired children and adolescents when examining links between community violence and antisocial behaviour. So we don’t know what the strength of the association would look like if healthy children and adolescents were investigated separately from youths with conduct disorder.

We tried to answer this question by investigating the impact of community violence exposure on antisocial behaviour in a large sample of children and adolescents – with and without conduct disorder.

In total, 1,178 children and young people were included across eight European countries. Importantly, the study included children living in relatively wealthy countries, such as Switzerland or the UK, as well as less wealthy ones, such as Hungary or Greece.

So it’s not just as simple as putting conduct disorder down to the sort of neighbourhoods children are brought up in.

We also found that many European children and adolescents are exposed to high levels of community violence. These findings should strengthen efforts to prevent this from happening.

Our study shows that community violence is a serious problem for many children and adolescents across Europe. It is an issue of great urgency.


Prevention programs have been developed, which tend to target either family, school, or community factors. Family-based programs typically involve parent training. School-based programmes occur within the school setting and are aimed at both individual children and groups.

Community-based prevention programs involve mentoring programmes or making changes in the environment to reduce risk. For example, the Washington DC subway was designed to make it unsuitable for crime. The architects deliberately chose not to build toilets, lockers or excess seating space, to discourage people from loitering.

Important research has also been dedicated to finding out “what works best” in terms of prevention strategies.

Positive effects have been achieved through parent training and school-based interventions. There has been less work looking into community based approaches, but so far it suggests that environmental crime prevention strategies can also work. It makes sense that the greatest impact would be achieved by implementing prevention strategies in all three areas (family, school, community) to break the cycle of violence exposure and later perpetration.

Priority should now be given to implementing targeted programs in neighbourhoods with higher rates of violence – rather than universal ones which target all children and communities regardless of risk.

We hope that drawing attention to the high rates of community violence exposure amongst children and its damaging effects will trigger changes in governmental policy – which are urgently needed by young people and their communities.

This article is republished from The Conversation. Read the original article.