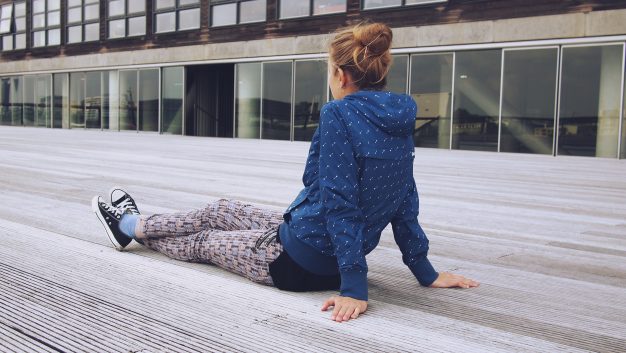 Fitting in: why Polish immigrant children say ‘aye’ to the Glasgow vibe

All of us have a range of speech styles, altering how we talk to fit different situations. The adjustments we make can be barely noticeable: you might tell a work colleague that you’re going “swimming” after work, and then later tell your friends that you’ve just been “swimmin’”. But even tiny, subconscious adjustments have a real social effect, playing a part in building social relationships and constructing identity.

This is something that linguists study and describe and gather evidence about, but it’s not something that only academics understand – it’s something we all notice, experience and talk about. I explore this particular skill in episode two of my podcast, Accentricity, which brings together what academics know about style-shifting with how we all experience it in everyday life.

“If somebody’s talking to you, like a teacher, and you say “whit” instead of “what” – well then you’re in trouble!” – Cameron, 12, Glasgow

Sociolinguistic research has built up a picture of how people alter their speech, or “style-shift”. However, most of the research we have is on people using their first language; we know less about style-shifting in a new language. Do learners pick up style-shifting behaviour even as they are picking up the sounds and structures of their new language?

To find out, I spent time in a high school in Glasgow where I met a group of youngsters, some who had been born in the area and some who had moved there from Poland. The Glasgow-born children have been absorbing the sociolinguistic rules of their community since birth. They know, for example, that in Glasgow you can use the Standard English word “yes”, but you can also use the Scots word “aye”. They also know that “yes” is the word their teachers expect them to use in the classroom, and that “aye” is much more commonly used in the playground. Use “aye” with your teachers and you might be told off, but use “yes” with your friends and you might risk seeming uncool. Using both words, and using each at the right time, is socially important.

The Glaswegian children know this, but the Polish children have grown up in another language. Language learning textbooks don’t tend to mention style-shifting. These children arrived in Glasgow with perhaps a little knowledge of English, but none of Glaswegian Scots. So how do they cope? As they pick up their new linguistic system, are they able to pick up the complex, unwritten, almost invisible rules which govern how language is used socially in this new place?

To test this, I recorded children across different social situations, equivalent to a classroom setting and a playground setting. For the Glaswegians, the different recording situations had the expected effect. The language they used in the classroom setting tended towards the more formal end of their linguistic repertoire, and the language they used in the playground setting tended towards the more informal end. There was strong evidence of style-shifting. Given the previous findings on the subject, that was no surprise.

The surprise was that the Polish children were style-shifting too. Not only had they begun to use both “aye” and “yes”, but, just like their Glaswegian classmates, they were more likely to use “yes” in the classroom setting and “aye” in the playground setting. This was also the case for other linguistic features, such as the use of “cannae” for “can’t”, and “willnae” for “won’t”. Faced with the potentially daunting task of learning the complex social rules governing language use in their new community, they were succeeding.

And there was something even more surprising: when I compared the style-shifting of the Polish children with that of their Glaswegian classmates, I found that the Polish group at times produced more extreme style-shifting patterns: while the Glaswegian kids were more likely to use “aye” with their friends and “yes” with their teachers, the Polish kids were even more likely to do so. In other words, the Polish children were sticking more strictly to the use of Standard English in the classroom setting, and to the use of Glaswegian Scots in the playground setting. Why might that be?

The Polish children are newcomers to the school, and they occupy a more insecure social position than the Glaswegian children. Their language use is often a focal point for bullying. One pupil told me when he arrived, local children would push him over because his English was “not good”. In this environment, sounding foreign, or in any way different, can put a child at risk from unwanted attention. It might be as a result that they are being more careful to adhere to the unwritten rules of Glaswegian speech than the local children.

This finding highlights the incredible sociolinguistic skills shown by young immigrants. While they may still struggle with reading and writing in Standard English, these children have managed to absorb a highly complex set of social rules relating to spoken language. Without being taught these rules explicitly, they have observed them, extrapolated them, and reproduced them in their own speech – demonstrating an agility and resourcefulness that is impressive in children so new to the Glaswegian dialect.