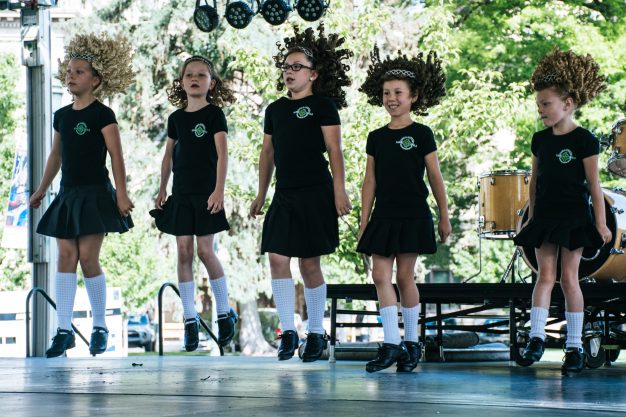 The importance a child’s middle years

I’ve always been fascinated by what happens during childhood. I’m really interested in how we can best support children as they grow up. The middle years – which is from age eight until 12 or 14 – have been described as a ‘developmental switch point’ and a sensitive phase because it’s such a transformative phase of life with heightened sensitivity to the environment.

So I think this makes it a great point to intervene – to set and reset developmental trajectories.

The middle years have been largely neglected in research. There has rightly been a huge focus on research, policy and practice in the early years (from birth through to five) and later adolescence. We know much less about those years in between.

We used to think that they were a ‘latent’ period or a quiet time when not much was happening. For example, until a couple of decades ago we thought the brain stopped growing around seven years of age when it reaches adult size.

We now know that it undergoes a rapid period of reorganisation during the years leading into adolescence.

We used to think that puberty started around 12 or 13. We now know that the first hormonal changes begin at around eight years of age. This has been a big focus of our work on the Childhood to Adolescence Transition Study (CATS at the Murdoch Children’s Research Institute (MCRI)).

Another huge change is the transition to secondary school. This brings a profound shift in a child’s learning environment, their engagement with peers, teachers and families. It is also a time of life when relationships with peers change and become much more important.

I’m part of the first study in the world to take a detailed look at the middle years. I moved to Australia eight years ago after studying at the University of Reading and Cardiff University in the UK. Once here, I helped start the CATS project, led by Professor George Patton.

It’s a longitudinal study of the health and emotional development of 1200 Melbourne children through their middle years. We began collecting the data in 2012, now we’ve just finished our seventh phase for students aged 14 to 15 years old; our latest reports are The Effects on Schooling Outcomes of Early Developmental Vulnerabilities in Children and Student Wellbeing, and Student Wellbeing, Engagement and Learning across the Middle Years.

Half of all mental health problems emerge by 14-years-old. But the symptoms are forming well before then. We really didn’t have a handle on why. There wasn’t any data in this age range to look at it. From my earlier work, I’m keen to study mid-childhood to better understand these issues.

Around 20 per cent of kids across Years Three to Five have persistent emotional problems. This isn’t necessarily a diagnosed disorder but elevated symptoms of emotional problems like worry, anxiety and feeling low.

Those children are around a year behind their peers in NAPLAN by the time they got to Year Seven. That’s a significant difference because they were already behind in Year Three. Children with behavioural problems are also about a year behind.

It would be good to see a greater focus on the importance of the middle years in health and education. We’d like to see our results used in government and not-for-profit programs to help young people cope with the middle years and beyond. We need to improve funding, research and policies across the middle years.

We want to keep track of these students until they finish high school, and maybe even further. In 2019 we’ll begin the eighth wave of data collection, with the students in Year Ten. If we can attract more funding, we’d like to continue following their education and training – even them entering the workforce.

We also plan to build our student ambassador program, which involves participants in the design and implementation of our research and knowledge translation.

We also have collaborators across the world. We work closely with other investigators in the UK and the USA, including one of my previous colleagues Dr Frances Rice. She’s looking at the transition to high school and how the students are going in the UK.

It’s important we find out what works and make sure that it’s available for all schools to use. Through CATS we hope to encourage a better understanding of the importance of health and emotional development through the middle years. We must have good pathways from primary school to high school, and systems that identify children at risk.

Lots of schools are doing this well, but we need a systematic approach – it’s more than just slotting it into the curriculum. It’s important to strengthen teacher capabilities in this area and build it into the school ethos, so it becomes part of the fabric of school life.

– As told to Cheryl Critchley