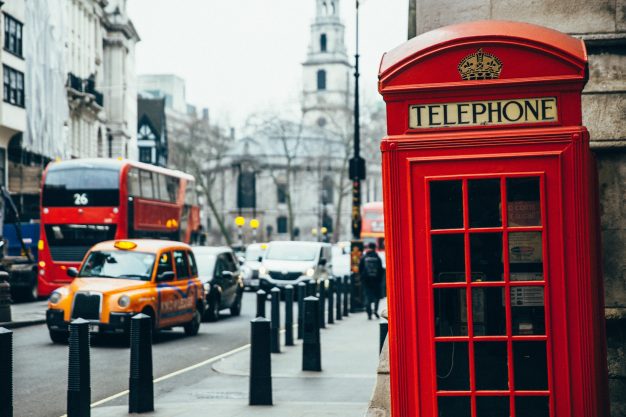 Air pollution is known to contribute to early deaths from respiratory and cardiovascular disease. There is also mounting evidence to show that breathing polluted air increases the risk of dementia. Children are vulnerable, too: exposure to air pollution has been associated with babies being born underweight, as well as poorer cognitive development and lung function during childhood.

Cities including London are looking to tackle the social, economic and environmental costs of air pollution by improving urban air quality using low emission zones. In these zones, the most polluting vehicles are restricted from entering, or drivers are penalised to encourage them to take up lower emission technologies. London’s low emission zone was rolled out in four stages from February 2008 to January 2012, affecting mainly heavy and light goods vehicles, such as delivery trucks and vans.

But our new research, involving more than 2,000 children in four of London’s inner-city boroughs, reveals that while these measures are beginning to improve air quality, they do not yet protect children from the harmful effects of air pollution. It is the most detailed assessment of how a low emission zone has performed to date.

Our study focused mainly on the boroughs of Tower Hamlets and Hackney, but also included primary schools in the City of London and Greenwich. All of these areas experienced high levels of air pollution from traffic, and exceeded the annual EU limit for nitrogen dioxide (NO₂). What’s more, they have a very young demographic and are among the UK’s most deprived areas.

Between 2008-9 and 2013-14, we measured changes to air pollution concentrations in London, while also conducting a detailed examination of children’s lung function and respiratory symptoms in these areas.

Every year for five years, we measured the lung function in separate groups of 400 children, aged eight to nine years old. We then considered these measurements alongside the children’s estimated exposure to air pollution, which took into account where they lived, and the periods they spent at home and at school.

Our findings confirmed that long-term exposure to urban air pollution is related to smaller lung volumes among children. The average exposure for all children over the five years of our study was 40.7 micrograms of NO₂ per cubic metre of air, which was equivalent to a reduction in lung volume of approximately 5%.

Changes of this magnitude would not be of immediate clinical significance; the children would be unaware of them and they would not affect their daily lives. But our results show that children’s lungs are not developing as well as they could. This is important, because failure to attain optimal lung growth by adulthood often leads to poor health in later life.

Over the course of the study, we also observed some evidence of a reduction in rhinitis (a constant runny nose). But we found no reduction in asthma symptoms, nor in the proportion of children with underdeveloped lungs.

While the introduction of the low emission zone did relatively little to improve children’s respiratory health, we did find positive signs that it was beginning to reduce pollution. Using data from the London Air Quality Network – which monitors air pollution – we detected small reductions in concentrations of NO₂, although overall levels of the pollutant remained very high in the areas we looked at.

By the end of our study in 2013-14, large areas of central London still weren’t compliant with EU air quality standards – and won’t be for some time at this rate of change.

We didn’t detect significant reductions in the level of particulate matter over the course of our study. But this could be because a much larger proportion of particulate matter pollution comes from tyre and brake wear, rather than tail pipe emissions, as well as other sources, so small changes due to the low emission zone would have been hard to quantify.

Evidence from elsewhere shows that improving air quality can help ensure children’s lungs develop normally. In California, the long-running Children’s Health Study found that driving down pollution does reduce the proportion of children with clinically small lungs – though it’s pertinent to note that NO₂ concentrations in their study in the mid-1990s were already lower than those in London today.

Our findings should encourage local and national governments to take more ambitious actions to improve air quality, and ultimately public health. The ultra-low emission zone, which will be introduced in central London on April 8, 2019, seems a positive move towards this end.

The scheme, which will be expanded to the boundaries set by the North and South circular roads in October 2021, targets most vehicles in London – not just a small fraction of the fleet. The low emission zone seems to be the right treatment – now it’s time to increase the dose.