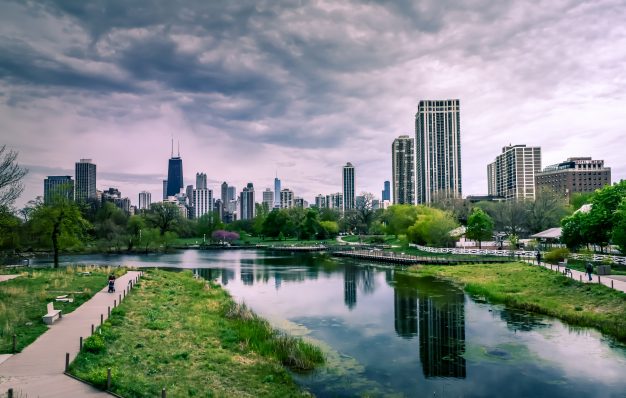 People with higher incomes and more education tend to have greater access to urban green spaces than their less privileged neighbours, a new University of British Columbia study of parks and greenery in 10 major North American cities has found.

“Vegetation keeps our cities cool, improves air quality, reduces storm water runoff and reduces stress–it makes a huge difference in citizens’ well-being,” said lead author Lorien Nesbitt, a postdoctoral research and teaching fellow in the department of forest resources management at UBC’s faculty of forestry. “The issue is that when access to greenery isn’t equitable, those benefits aren’t always fairly distributed, reducing access for our most marginalized citizens who need them most.”

Ideally, people should be able to access parks within a 10-minute walk from home, and trees and vegetation along their street or in their backyard, Nesbitt added.

“For most cities, the more income and education you had, the more access you had to mixed or woody vegetation, while parks were more equitably accessible,” said Nesbitt.

In New York, the effect of post-secondary education on access to urban greenspaces was very strong, while income played a smaller role, and residents with higher education were much more likely to have access to vegetation in their own neighbourhood.

The study highlights the need for wider distribution of trees, shrubs and pocket parks as cities continue to expand.

“For many people, the trees in their neighbourhood are their first contact with nature—maybe even the only contact for those who have less opportunity to travel to natural spaces outside of the city,” said Nesbitt. “As the effects of climate change intensify, we should plan for more urban green spaces and ensure that citizens from all backgrounds can access them readily and equitably.”

“Who has access to urban vegetation? A spatial analysis of distributional green equity in 10 US cities” was published this month in Landscape and Urban Planning.

For more news from The University of British Columbia click here.

Author: The University of British Columbia