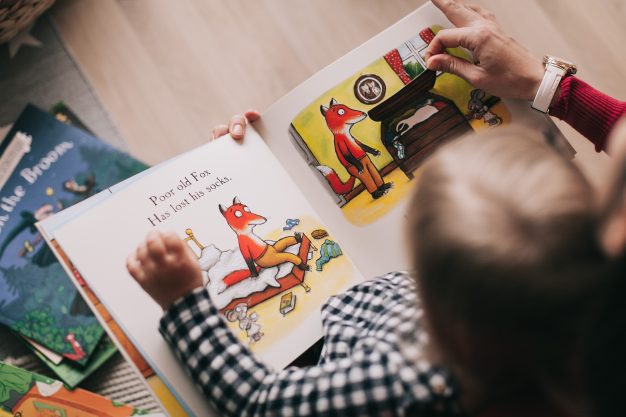 For the first time, a study has shown that a brief training session with rhythmic gestures has immediate benefits for narrative discourse in children of 5 and 6 years of age. The study was recently published in Developmental Psychology.

Gesture is an inherent part of human communication and speakers of all ages tend to gesticulate when they speak. In children, gesture acquires special importance, since it is an important precursor and predictor of language and cognitive development.

A recent study has delved even further into this aspect of learning and investigated the relevance of gestures, specifically rhythmic ones, in the development of children’s narrative discourse. The study has been published in the advanced online edition of the journal Developmental Psychology, whose authors are Ingrid Vilà-Giménez, a member of the Prosodic Studies Group, Alfonso Igualada, (a member of the Cognition and Language Research Group, UOC), and Pilar Prieto.

Other studies led by Pilar Prieto, coordinator of the Prosodic Studies Group (GrEP) and ICREA researcher at the Department of Translation and Language Sciences (DTCL) at Pompeu Fabra University, had shown that even at early ages, rhythmic gestures (rhythmic movements of the hands/arms made together with prominent prosody) help children not only to remember the information of speech, but also to understand it.

The results of the study show for the first time that a brief training session with rhythmic gestures has immediate positive effects for improving children’s narrative abilities. The study shows that children especially improve the structure of their stories when they are told stories accompanied by rhythmic gestures.

In the training session, six stories were shown to each participant, each lasting a minute and told by two primary school teachers under two different experimental conditions. Under the first condition, no rhythmic gestures were used with the keywords; however, under the second condition, rhythmic gestures visually marked the keywords. Before and after the training phase, the children’s improved narrative structure was assessed.

The experiment consisted of three parts: a preliminary phase, a training session, and a later stage. The study materials consisted of four different cartoons (41-50 seconds long) about the story of a mouse and its friends, who were not known by the children. These cartoons had no dialogue and no narrative, in order to motivate the child to produce a narrative about the story they had seen.

The training session involved the use of 24 audiovisual narratives in which two primary school teacher told different stories. In twelve of these recordings, the narrators used rhythmic gestures to stress the keywords of the story, while in the other twelve, no such gestures were made. Each training story dealt with an animal that lived on a farm and followed a similar narrative structure to that of cartoons.

The results of the experiment showed that the children who participated in the training with rhythmic gestures produced better stories with a better narrative structure in the phase after training. This study demonstrates for the first time that a brief training session with rhythmic gestures has immediate benefits for improving the production of narrative discourse in children aged 5 and 6, especially regarding narrative structure.