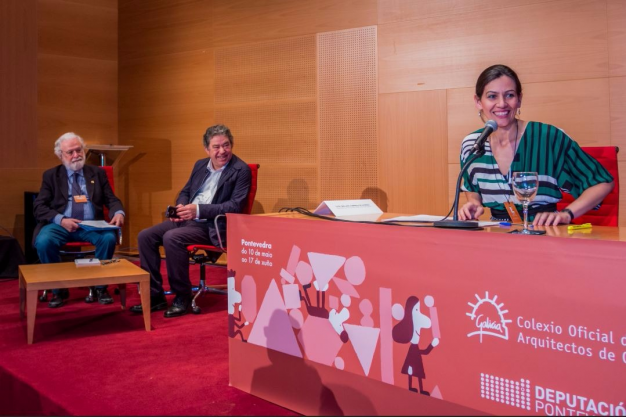 Francesco Tonucci, Kevin Lynch and Roger Hart are key figures that have played a significant role in the Child Friendly Cities Initiative. In this article, Irene Quintáns provides a brief overview of their work and impact.

Every adult should know the United Nations Convention on the Rights of the Child. Signed in New York, November 20th 1989, it is a human rights treaty which sets out the civil, political, economic, social, health and cultural rights of children.

The first important point is that, unlike the Declaration of the Rights of the Child (Geneva, 1959), it establishes that the signatory states commit themselves -and are obligated- to respect and disseminate such rights, and they will make every effort so that children get to know and exercise them.

Children and their rights

Every child must be aware of their rights out of respect for themselves and others: in this Convention, children are recognized as citizens of society, with their basic needs and participation rights being especially highlighted -which were absent from the 1959 Declaration of the Rights of the Child.

Children have the right to demand fulfillment of these rights, and, in addition, their interests will prevail over those of others.

In 1991, the municipality of Fano (Italy) created a Laboratory named “Fano, the city of children”, under the supervision of the Italian pedagogue Francesco Tonucci. To prevent it from being interpreted as a merely educational or welfare project, the project was given, from the beginning, a political motivation: working towards a new approach to city management, rethinking and truly modifying the city, taking children as the benchmark in cities, where they cannot find their place but they are indeed the foundation for urban and social transformation. This is a transversal proposal that involves all sectors of the local administration, and it is guided by some of the Convention main principles:

The project was extended to other cities, even large ones such as Naples or Rome (in this case, applied only in some neighbourhoods). Results of these investigations have been presented in several books, the first being The city of children (1996). The city of children is currently an international project created within the Institute of Cognitive Sciences and Technologies of the National Council of Research (Rome, Italy).

Before Francesco Tonucci´s project critically approached, the role of children in an urban environment in a concise and participative way, Kevin Lynch had started, in partnership with UNESCO, a project aimed at children and youngsters, during the civic participation movements in the 70s.

In 1992, Roger Hart published his renowned book “Children´s Participation: From Tokenism to Citizenship”,  a version of Sherry Arntein´s ladder (a metaphoric figure to assess the varying degrees of citizen participation) adapted for UNICEF, geared to children and young people´s participation.

After The City of the Children (Italy, 1991) and Hart´s masterpiece, the CFC – Child Friendly Cities Initiative was launched in 1996 at the UN Conference of Human Settlements (Habitat II) in Istanbul, as a system of local governance which is committed to fulfilling the rights of the child.

As early as 2008, Hart himself attempted to explain how his work had been (mis)interpreted, and he published an article in order to elaborate on some aspects of his work. The ladder of citizen participation just shows a limited range of ways through which world´s children engage their communities.

“For the past one hundred years or so”, he writes, “most children in North America and Europe have been segregated from everyday participatory activities with adults in their communities. … In these parts of the world children spend less and less time in activities where they learn through informal participation to take on roles of greater competence in their communities”.

Here are some the best-known children councils or processes of children participation. The first revives a French tradition of the ’70s and was born as a proposal of civic education: to enable a better understanding of the Municipal Administration, students are invited to re-enact the formation and functioning of the Municipal Council and Board via role-play.

Another one, described by Hart, is a process where the children´s involvement is the main objective. The first rung of the ladder would be “non-participation” (Manipulation or deception, Decoration and Tokenism), which describes many ongoing processes. A result is achieved in other rungs, but whether it is put into effect, it is rarely structured to measure its impact as policy.

In the Councils proposed by Tonucci, the so-called Children´s Councils “advise” the mayor. They have neither a pedagogical nor a decorative purpose, but rather they are an answer pursuant to the terms of Article 12 of the Convention: the appropriate tool through which the mayor asks children for their opinion.

“Joining the City of Children project involves a strong commitment. I always prefer to say “Some thinking is required before getting down to work since chances are we may be in trouble!” This means accepting conflict. Those who join the project -mayors, heads of provinces- assume the challenge of listening to children and they should as well ensure that their words, their proposals, the children´s needs get into politics in order to change it and, in turn, change the city. Of course, we resist changing. Changes happen by creating a clash between those who do not want to change and those who do. Children, whom we adults consider to be weak, are those who want change. Therefore, taking on the project is a very strong and committed political decision through which the adult who holds the power chooses children to make a better city for everyone.” (Francesco Tonucci, 2018)

The Council, therefore, aims not to implement its own projects (as in the top rung of Roger Hart´s ladder) but to engage in the mayor´s and Board´s projects, submitting contributions to change the city and make it better fitted for the needs of the younger children and the most vulnerable ones. “It is meant to pester the mayor as only children can do.”

Besides Councils, another pivotal pillar of “The City of Children” project is to increase children´s autonomy. Pontevedra was one of the first Spanish cities that set its sights on children. In 1999, the Galician city undertook a major urban reform under Tonucci´s guidance. To begin this process of change, different lines of work on mobility, accessibility, social cohesion, economy drive and respect for the environment were laid out.

The speed limit was posted at 30 kph to improve road safety, and car use, mainly private cars, was restricted. As a result, the Galician city has reduced its emissions by more than 60 % in all these years, and the death toll in its streets has fallen to zero. Intermodes Brussels (2013), UN-Habitat (2014), Center for Active Design NY (2015), Intelligent Mobility (Hong Kong 2015 and Shenzhen 2016) are some of Pontevedra international accomplishments.

The municipal team had a clear goal in mind of making it possible for children to play in the streets.  Experiencing playing games in the core of the city and exploring is the challenge for Pontevedra: being a great stage for participation and education beyond the classrooms.

Irene Quintáns is a member of the Child in the City Scientific Program Committee. She is also an urban planning consultant, specialized in projects and educational networks related to urban issues, with a strong attention on children and youngsters. She is also the founder and director of OCARA Network, a Latin American network for the exchange of experiences and projects on city, art, architecture and urban space with children.