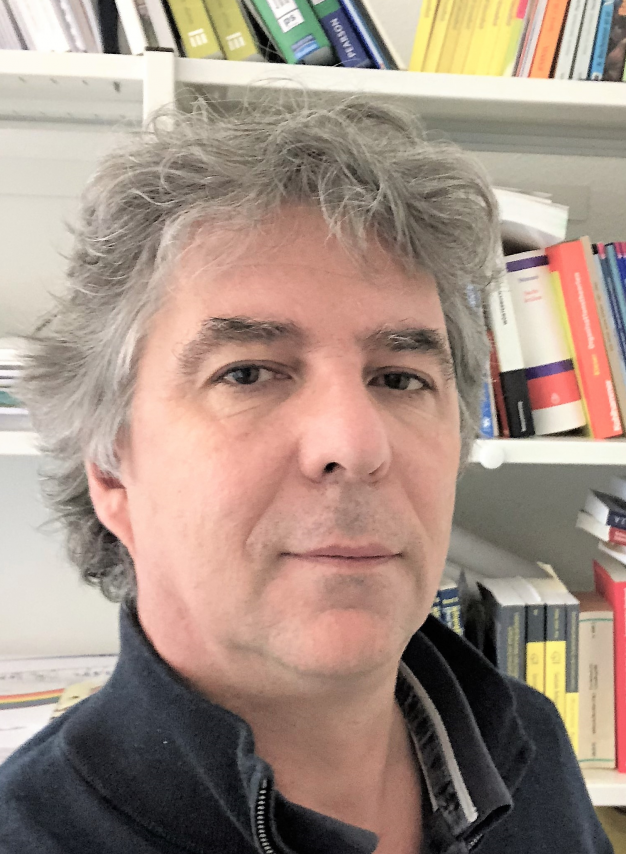 Children’s health and participation in the city

In the midst of teaching, consulting and conducting research Carlo Fabian somehow finds time to share his expertise with a number of different organizations. In this interview, we discuss his work. Namely, helping the City of Basel’s maintain it’s UNICEF’s child friendly city status, children’s health issues in an urban environment, and the importance of children’s participation.

Carlo Fabian is a member of the Child in the City’s Scientific Program Committee (SPC). Additionally, he is a Professor, Senior Researcher, Project Leader and Lecturer at the University of Applied Sciences and Arts Northwestern Switzerland (FHNW). After several years as researcher and lecturer at the University of Zurich, he worked at RADIX, a Swiss not-for-profit organisation, where he developed and implemented many projects in municipalities with a focus on participation. Since 2011 he has led projects at the FHNW addressing the subject of urban development, participatory planning and health.

What can you tell us about your recent article ‘Participatory processes for children’s health: A programme for the development of open spaces’

Over a period of 3 years, we have adapted and developed methods in order to implement participative processes in order to develop child-friendly open spaces with children.

It has been shown that the participative processes have at least as much value as the results themselves at the end. Our own research and other studies show that on the one hand children under the age of 18, who are excluded from the regular political participative processes, can make many experiences through these alternative new participation opportunities. These experiences contribute to strengthening their understanding of democracy. But children also learn that they can contribute their ideas and concerns, that someone (adults with power) listens and takes the children seriously. They learn to negotiate ideas and to participate in decisions. From the perspective of health, it can be seen that these processes and experiences through participation in the best cases strengthen various factors decisive for health development: empowerment & autonomy, self-efficacy, attribution & locus of control, sense of coherence.

You are an external consultant for the evaluation ‘Implementation Plan for the Child-friendly City of Basel (Unicef label)’ what is your role within the project?

The city of Basel, where I work and temporarily live, has had UNICEF’s Child friendly City label since 2013. As a resident of the city with a little child, I am grateful that the city is consistently committed to children’s concerns and children’s rights.

I had the opportunity to support the City of Basel as a consultant when it came to evaluating the first phase of the UNICEF Child friendly City label. On the one hand, I was able to contribute my experience as an evaluator, as a coach and, of course, as an expert in the context of children and the city. As a scientist, I particularly like the fact that many contacts with different stakeholders from practice, administration or politics are established during such engagements. This enables all of us to learn from each other and to find better and better solutions together.

I am now supporting the City of Basel in developing the new action plan for the new phase following the recertification of the label. A major workshop with the stakeholders is scheduled for the next few weeks. Participation is therefore not only decisive at the level of children, but also at the level of stakeholders.

What are some of the highlights and challenges you’ve experienced as a member of the Scientific Program Committee for Child in the City?

The Conference in Vienna was a highlight! In addition, how the new Scientific Program Committee worked together was also great. It was a new team so that was a challenge but we got along very well right from the start. I think we all have a similar vision. We want to contribute so that urban spaces, but also the living environments of children in general, are preserved and developed further. In this context, there are many challenges all over the world. This makes working in a team easier and very productive. In addition, we come from different professional contexts and countries bring with us a bundle of different experiences.

The Child in the City Foundation is doing a very important job. I have just returned from a very international conference about “Accessible Hubs”. Very different disciplines from science and practice came together. It was extremely stimulating and instructive. I took on the role of talking about the concerns and viewpoints of children as well as older persons. As a representative of social work, one of our roles here is advocatory. Among other things, in my talk, I referred to the UN Convention on the Rights of the Child. I think many participants were not aware of it. Moreover, in this context, it is important to say again and again that participation especially of children is not only a nice to have, but also a duty. The Child in the City World Conferences and seminars repeatedly put children’s rights on the table under various aspects.

What are some health issues that are increasingly becoming a challenge in an urban environment?

Health is usually understood as a “bio-psycho-social” construct. Recently, and occasionally “ecological” aspects have also been added. This means that health is diverse and complex. This concerns the promotion of health, but also its harm. This concept means that the human being is central with his physical (bio) but also with his mental and psychological (psycho) aspects. The human being stands in the context of a social environment (socio) but also of a diverse environment, including the built, designed or accessible environment (eco).

All this affects children even before they are born. In concrete terms, this means that influences such as noise or fumes, open spaces in general, and especially green and blue spaces, the opportunity for social contacts and out-of-school learning are enormously important. All these factors are essentially human-made – the negative sides, but also the positive ones. As the Scientific Committee of the Child in the City Conference, we can contribute to positive development through the conference by addressing these issues and putting them up for debate. Talking about this at the conference is an important step. It is also important that the participants then go into practice with new knowledge, new ideas and new contacts and work on them in the local context.