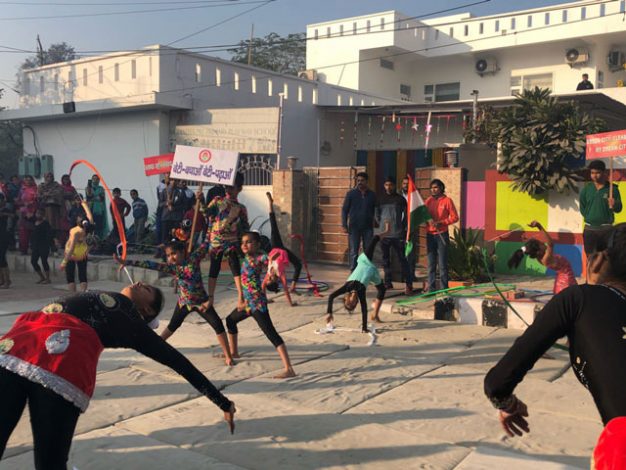 Raahgiri Day in Jhajjar not only celebrates road safety but also includes social messages, encouraging women and girls of all ages to participate.

If you drive out of New Delhi west along National Highway 48, you will find yourself reaching a small district in Haryana state named Jhajjar. Just 50 miles from the national capital, its demographic contrast is unmistakable. The bustle and density of New Delhi fades, replaced by agriculture and scattered industry. The population of the district is just 1 million. Jhajjar city has about 50,000 residents.

Jhajjar also has one of the lowest sex ratios in India – 825 females for every 1,000 males, according to the 2015 census. So when Raahgiri Day came to Jhajjar earlier this year in a first attempt to adapt the car-free day concept to a smaller urban area, the question of who participated was just as important as what they did.

On January 14, about 7,000 people took part in Jhajjar’s Raahgiri Day in a re-engineered event backed by Chief Minister of Haryana Manohar Lal Khattar. Thirty percent of participants were below the age of 18 and 50 percent were women or girls. We saw Raahgiri transform into a new phenomenon, where citizens not only saw it as a car-free initiative but also took it as an opportunity for community participation.

Inspired by Ciclovía in Bogotá and beginning in Gurgaon in November 2013, Raahgiri is India’s first sustained car-free initiative. Once a week or month, roads where pedestrians and cyclists normally face dangerous and time-consuming congestion are opened to all. Street performances and marathons take the place of cars. On peak days, more than 20,000 people have come on to the streets to celebrate Raahgiri Day in Gurgaon.

Since its launch, the phenomenon has spread to other Indian cities, including Delhi, and evolved into different iterations – “open streets,” “happy streets,” and “equal streets for all.” The organizing team for Jhajjar, which included the deputy commissioner’s office, Jhajjar police and WRI India, decided to redesign Raahgiri to suit the town’s smaller size and special characteristics. The event was about clearing Jhajjar’s streets for a day, yes, but also imagining how public space could be different – more open to all people.

As you enter Jhajjar, you are met with narrow roads busy with local traffic. These lead to even narrower, sometimes-unpaved lanes bustling with hawkers and village pedestrians. Here the highways are meant for heavy vehicles and urban roads belong to men – who drive, ride, loiter and own the streets. For a community that never observed or encouraged open participation from girls and women, Raahgiri was designed to provide a refresh. The event was labeled a gender safe space and organizers invited young girls, mothers and older women to come forward and participate.

A team “Pinkathon” – a national movement built around marathons and empowering women – was specially organized for the city. Messages from Beti Bachao Beti Padhao, a national effort to prevent gender-biased sex selection and ensure young girls are protected from discrimination, were promoted. Swach Bharat, an effort to improve waste and sanitation, was also highlighted.

Groups of children and youth participated in races, gymnastics, cycling, aerobics and yoga. Varsha Upadhye and Himanshi, 15- and 19-year-old national-level gymnasts from Jhajjar, tumbled down the streets. They said Raahgiri provides them a safe environment in which they feel proud to showcase their talent.

A Platform for Awareness

Leaders in Jhajjar envisioned combining socially progressive elements with the road safety messages of Raahgiri to create a unique event, and it worked. The district administration cited Raahgiri as a particularly significant occasion for raising awareness and educating people about various social habits and issues. In the end, the women and girls of Jhajjar represented half the total participation on the day.

When we spoke with 70-year-old Janki Devi she said she had forgotten singing and dancing. “Raahgiri brought it back to me after 40 years,” she said. Janki Devi has been a constant feature in each of the monthly Raahgiri Days in Jhajjar since its debut. She not only participates in every event but encourages her daughter and daughter-in-law to as well.

Many have taken advantage of Raahgiri to become part of a larger group, to open up their lives to the community, and to confidently take to the streets and claim their space. Chief Minister Khattar has committed to celebrate Raahgiri in every district of Haryana for one year, so we should expect to see more re-engineering in the future.

Sonal Goel is the Deputy Commissioner for Jhajjar, Haryana, for the Indian Administrative Services. Sarika Panda Bhatt is the Head of Integrated Transport and Road Safety at WRI India Ross Center. 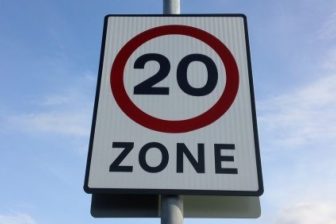