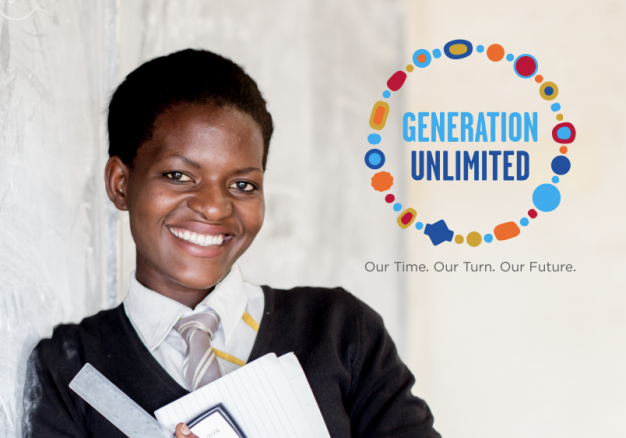 World leaders have united to address the basic right of children and young people to receive an education.

‘Generation Unlimited’ is a far-reaching initiative that aims to get every young person prepared for future employment by 2030. It was launched at the 73rd session of the United Nations General Assembly and will tackle what is seen as a global education and training crisis which is holding back millions of young people.

Global children’s charity Unicef says that without urgent investment in education and skills training, the rapidly growing global population of adolescents and young people – which will reach two billion by 2030 – will continue to be unprepared and unskilled for the future workforce.

And with more than 200 million young people of lower- and upper-secondary school age currently missing out on school, instead of contributing to equitable progress, young people – especially the most disadvantaged – could face futures of compounding deprivation and discrimination.

Generation Unlimited – which forms part of the United Nations Secretary-General’s Youth 2030 Strategy – will complement and build on existing programmes that support adolescents and young people. The partnership platform will focus on three key areas: secondary-age education; skills for learning, employability and decent work; and empowerment. A Youth Challenge taking place in 16 countries worldwide this year calls for applications from young people to create solutions that will support the three key pillars of Generation Unlimited.

António Guterres, Secretary-General of the UN, said “All our hopes for a better world rest on young people. The world is home to the largest generation of young people ever – 1.8 billion. Sustainable development, human rights, peace and security can only be achieved if we empower these young people as leaders, and enable them to unleash their full potential.

Henrietta Fore, Executive Director of UNICEF, added: “The change in demographics the world is experiencing, coupled with fast-moving technological advances, presents a critical moment in history. If we act wisely and urgently, we can create a skilled cohort of young people better prepared to create sustainable economies and peaceful and prosperous societies. Young people may represent 25 per cent of the global population, but they account for 100 per cent of the future. We cannot afford to fail them.”

“When we invest in our youth, we are giving them equality of opportunity, a chance to achieve their aspirations, and a better economic future,” said World Bank Group President Jim Yong Kim. “If countries prioritize investments in human capital, they can transform the future for their economies, families, and millions of young people whose dreams are only matched by their will to achieve them.”

The Generation Unlimited brochure can be downloaded here in English (French and Spanish versions also available).