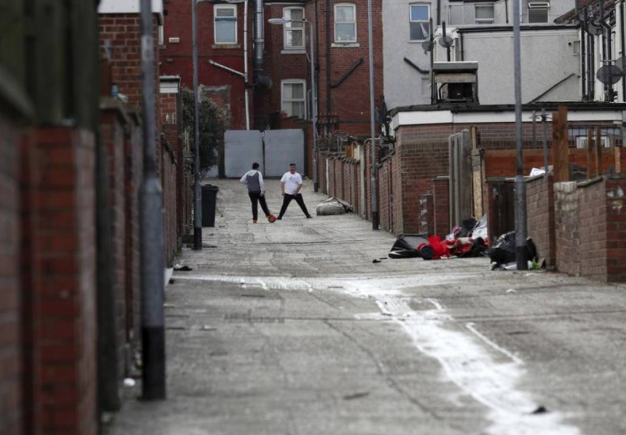 UK ‘failing’ to save thousands of children from modern slavery

Child welfare groups say Britain is failing to protect thousands of children from being trafficked and enslaved, and the government lacks a clear strategy to stop girls being sexually abused and gangs using young people as drug mules.

The Anti-Trafficking Monitoring Group (ATMG), an association of charities, says the UK government’s approach to tackling child trafficking is fragmented, while young victims lack specialist care at a time when a record number of child slaves are being uncovered.

According to official statistics, last year 2,118 children who were suspected to have been trafficked, and then mostly trapped in sexual exploitation or forced into work, were referred to the government. The highest annual number ever, it was also a 66 per cent rise on 2016. About a third were British, many used as drug runners, while hundreds were trafficked from countries such as Vietnam, Sudan, Eritrea, Afghanistan and Iraq, according to government figures.

Jasmine O’Connor, chief executive of Anti-Slavery International, says: “We need to create support networks that can make children and their families resilient to being coerced, are able to spot the worrying signs quickly, and can provide specialised support for children who have already been trafficked.”

Britain recently announced a multi-million pound scheme designed to help city and regional authorities protect vulnerable children from traffickers and gangs who rape them and force them to move drugs from cities to rural areas. There was also a new agreement forged with Nigeria, which provides the fifth highest number of people trafficked into the UK.

However, there remains a fear that such policies tend to focus mainly on helping children who have already been exploited, rather than looking at preventative measures. The ATMG also says that frontline professionals such as doctors teachers and social workers lack the training to spot vulnerable children.

Catherine Baker, policy officer at charity ECPAT UK says that unlike adult victims, trafficked children have no guarantee of specialist support once identified, and many go into the care of local authorities where they may end up in fresh danger. “In the care of children’s services, they too often go missing or are retrafficked – this marks a complete failure to prevent these most vulnerable of victims from further harm,” she says.

Hailed as a global leader in the anti-slavery drive, Britain last month said it would review its landmark 2015 law amid criticism that it is not being used fully to jail traffickers, help victims, or drive companies to spot and stop forced labour.