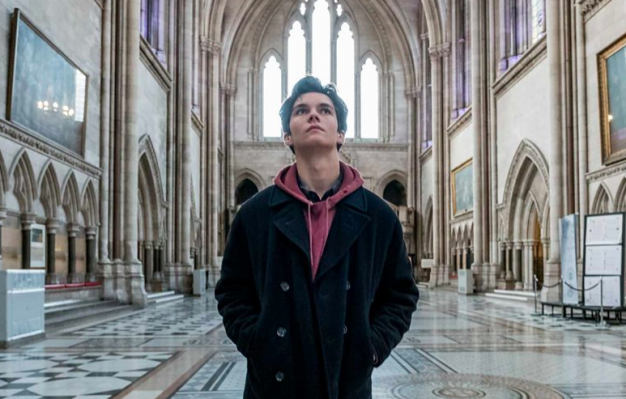 A powerful new film pitting the moral rights of a teenage cancer sufferer and his family against the prospect of legally-enforced medical treatment is stoking a fresh debate.

The Children Act stars Emma Thompson as a fictional High Court judge who must decide whether she should order a life-saving blood transfusion for a teenage boy with cancer. The boy’s family refuse to accept medical treatment for religious reasons because they are Jehovah’s Witnesses.

Raising all sorts of legal and moral questions, the film has prompted a leading children’s law firm and charity, Coram Children’s Legal Charity, to call for the mandatory provision of independent child advocates. Coram promotes children’s rights in the UK and abroad and although a charity since 1981, its roots go back around 350 years to its founder, the philanthropist and children’s champion Thomas Coram.

The charity said that in all important judicial decisions concerning children, the children themselves should have an appropriate opportunity to participate in the decision-making process.

Coren hopes the film will draw wider attention to the ‘complicated’ contexts and circumstances in which decisions about children’s welfare are made. Kamena Dorling, group head of policy and public affairs, said that family judges regularly faced difficult decisions, such as balancing parents’ sincerely held beliefs about how children should be brought up against society’s expectations and the rights of the child.

“This country has a strong legal framework for the protection and support of children and young people, but if they are unable actually to enforce their rights then those rights are worth little more than the paper they are written on,” she said. ‘Key decisions about a child’s future can be made without their views being put forward, or all the relevant information being considered.”

Dorling said the story also highlighted a ‘clear need’ for greater long-term investment in open access to free legal information and advice for children, young people and families. “This would help ensure greater resolution of legal issues without cases going to court,” she added.

The film is based on Ian McEwan’s 1989 novel, itself based on The Children Act 1989, a key piece of UK legislation. It allocates duties to local authorities, courts, parents and other agencies in the United Kingdom, to ensure children are safeguarded and their welfare is promoted.

There have been numerous cases worldwide in recent years concerning Jehovah’s Witnesses families who refuse to allow themselves or their children to receive blood transfusions. Yet these have often been overruled by a court ruling that the interests of a child override any religious preferences.

Child in the City Conference

Anyone interested in such cases may be interested in the political participation segment of the parallel sessions at next month’s Child in the City World Conference 2018. It will include presentations on issues including children’s rights in urban decisions and youth participation.

The conference, which is held biannually, features high profile keynote speakers and hundreds of other presentations, and takes place in Vienna from September 24-26. Visit the website for the full programme and details of how to attend.