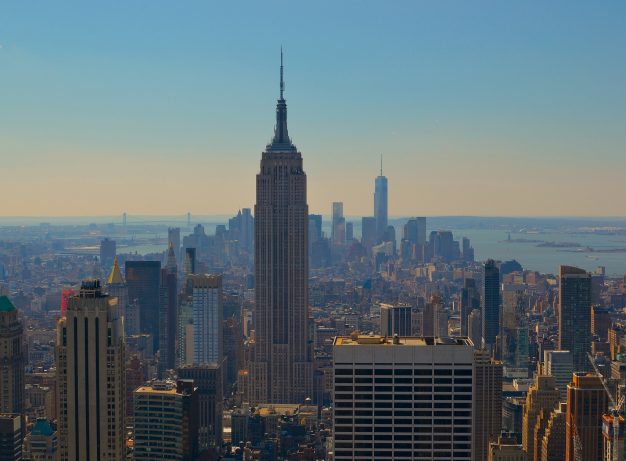 Providing extra pre-school care is one reason why New York is making major progress in creating the ‘fairest big city’ in the USA.

That’s the message from Mayor Bill Blasio in the city’s report to the United Nations about what it is doing to achieve the UN’s Sustainable Development Goals (SDG). New York is the first city, with its Voluntary Local Review, to formally share its work on ending poverty and inequality by 2030 through social and economic innovation.

The set of 17 SDGs, which was unanimously approved by the 193 U.N. member nations in 2015, comprises a challenging ‘to-do’ list tackling such issues as conflict, hunger, land degradation, gender equality and climate change.

“New York City is on track to become one of the more equitable, healthier and safer cities in the world due to our latest achievements in sustainability and our increased commitment to fight for social and economic progress,” said Mayor de Blasio.

Coming three years after the launch of OneNYC, he said there had been record progress made, with the report showing significant achievements in cleaner air and water, and tripling the number of children with access to free pre-kindergarten (Pre-K), which caters for the under 5s.

The city’s Vision Zero project has also seen it working closely with citizens to educate them about all aspects of road safety, including targeted outreach and school programmes for children. There is also, as part of the NYC Emergency Preparedness Plan, an emergency planning toolkit designed specifically for children, which use storybooks featuring the superhero Ready Girl.

The report was formally presented to the UN by Penny Abeywardena, New York’s Commissioner for International Affairs. She said: “Cities and local communities play a crucial role in ensuring that we achieve the sustainable and equitable future envisioned by the Global Goals. By providing this blueprint, we encourage cities and communities to join the urgent discussion about what is working on the local level.”

António Guterres, Secretary-General of the UN, said: “I applaud the leadership of Mayor de Blassio and the City of New York on the Sustainable Development Goals and am encouraged to see cities and local governments showing strong commitment to SDG action. This Voluntary Local Review is a first step towards such progress and I urge other cities to follow suit.”