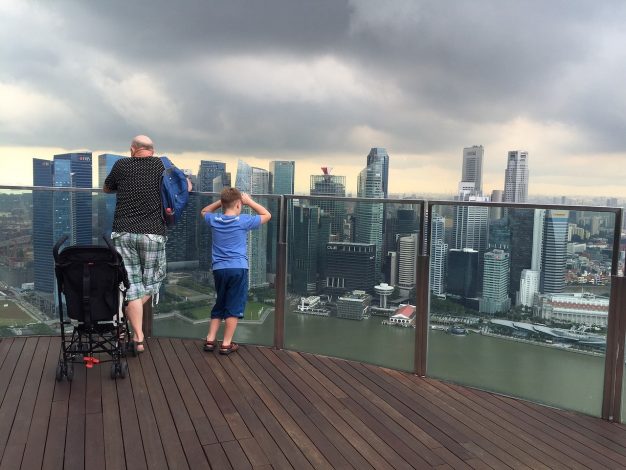 The effects of city living on a child’s health

The question of whether children raised in cities are more likely to be better informed about exercise and good diet is a complex one. Yet it’s just one strand of the whole conversation about how living in a big city affects a child’s health.

While the choice to live in a city may be down to the individual, it is variables such as age and disease risk factors that will determine the most suitable environment for that person – or the child – to thrive, writes Sadhana Bharanidharan in an overview of several studies for Medical Daily.

“Nevertheless, studies have observed certain trends when examining those of us who have chosen to live in concrete jungles,” he says.

Bharanidharan points to a study by David Newby, a professor of cardiology at the University of Edinburgh, which says stop-and-go traffic and high-rise buildings can significantly increase our exposure to air pollution. More remote rural areas, it finds, have half the concentration of pollution of urban areas.

“While most of us understand the threat of air pollution, the impact of noise pollution is relatively underestimated. Simply living by a road can expose people to higher levels of transport and urban city noise, disturbing sleep quality at night. Artificial light exposure is also being studied as a major factor in poor sleep among those who live in the city,” says Bharanidharan.

Meanwhile Dr. Eoin King, author of Environmental Noise Pollution, asserts that children have found that tasks such as reading, problem-solving, memory and their general attention span tend to be most affected by exposure to noise.

“But on the subject of mental health, it is much harder to draw clear conclusions,” says Bharanidharan. “Some people may find their mental health suffers due to various aspects of the big city life. It has been suggested the presence of large crowds, combined with the claustrophobic nature of public transport and small living spaces, can increase production of the stress hormone cortisol.”

Finally, he highlights the findings of Karina Wagnerman, Senior Health Policy Analyst at the Center for Children and Families at Georgetown University. She says that those who live in rural areas are also more likely to face barriers in access to healthcare. Crucially, she adds, children who grow up in such areas are less likely to receive information and advice regarding exercise, diet and risky behaviours, compared to children growing up in metropolitan areas.