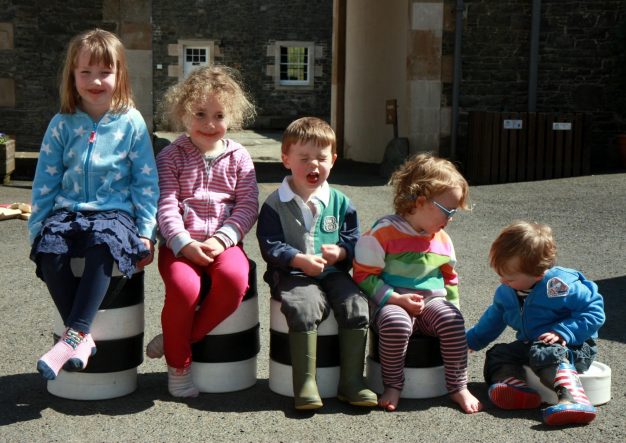 Scotland ‘gets it right’ for children

“Access to play is not equally distributed in Scotland” (McKendrick, 2016).

As Chief Executive of Play Scotland, Marguerite Hunter Blair would be anyone’s first choice to share the expansive work it is doing to support community play strategies – not least for the most vulnerable children. Child in the City World Conference 2018 will have that pleasure in September when it welcomes her to the stage.

Play Scotland is the national organisation for play for the whole country, and works with a range of partners to promote the importance of play for every child and young person, while campaigning to create increased play opportunities across communities.

At the heart of its work is the Getting it Right for Play programme, which was designed to develop high-level national play policy initiatives that would greatly benefit Scotland’s communities by ensuring the child’s ‘right to play’.

It’s the belief of Marguerite Hunter Blair, Play Scotland’s Chief Executive for the last 12 years, that the challenges faced by children – namely poverty, disadvantage or disability discrimination – intersect with and compound inequality of opportunity. Getting it Right for Play was devised to move forward the Play Strategy for Scotland in local areas using the Play Map, which will help Community Planning Partnerships deliver on their objectives of supporting the wellbeing of children and families. This includes support for play at home, in nurseries and schools.

Four local authorities signed up for the Getting it Right for Play in 2016, and this was on the back of similar approaches in engaging stakeholders and establishing large steering groups and subgroups which brought together interests from across the authority and the voluntary sector. Crucially, it also involved the input of children and young people.

Play Scotland developed a programme framework of session plans and resources which could be used to structure the process and which could be tailored to each authority’s needs. The conclusion was that Getting it Right for Play was indeed an effective approach for embedding strategic planning for play in the work of local authorities. It also builds vital connections between national policy and practice and provides a framework for taking forward the delivery of play that also includes children and young people.

This approach has the benefits of being low cost and sustainable so that local authorities can identify ways to develop and extend their work on play, and there is an opportunity to measure impact, outcomes, and children’s level of satisfaction.

Marguerite Hunter Blair will be speaking at the 9th Child in the City World Conference in Vienna September 24-26. Her presentation is scheduled for Tuesday 25 September as part of the parallel session: Planning for Play. Register for the conference here.