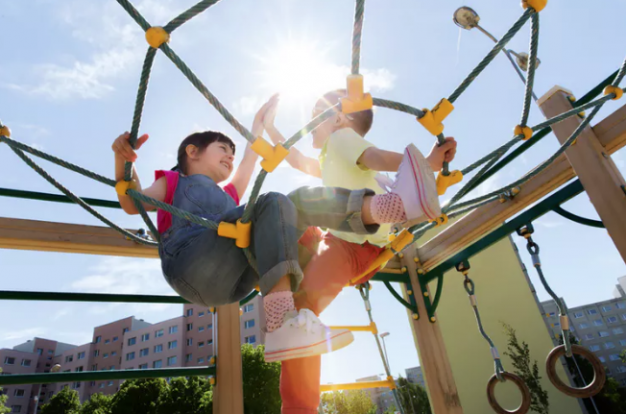 It’s a fine winter morning and you’ve just made a cup of tea. You’re warming your hands around the mug and gazing at the trees behind your house that sway as birds hop along the branches.

Then suddenly, a shrill scream: “Oliver, no! That’s my hat.”

This is what some residents of Mount Eliza, on Victoria’s Mornington Peninsula, fear will happen if a community park with a playground is installed in their neighbourhood. It’s not the first time locals have complained of childhood screams in nearby playgrounds, with similar battles around the country pitching parents against more elderly residents.

The proposal in Mornington was made by the Mt Eliza Woodland Residents Association. They wish to turn a vacant strip of trees and lawn between private yards into a community park. They say this would provide a meeting place and playground for locals while retaining the trees on the site.

Most responses on the association’s Facebook group are positive, but others paint pictures of narrow streets clogged with parking and “loud, screaming, noisy children” who will disturb the otherwise peaceful area. So, what does evidence show people want from their local park, and are childhood screams really a source of much neighbourhood unhappiness?

Like so many residential areas, much of the Mornington Peninsula has been cleared for development and agriculture since European settlement. But this proposed park would conserve trees.

Parks do come with their own problems. In other parts of Melbourne teenagers have trashed facilities and committed crimes in parks, but concerned Mount Eliza residents did not mention teenagers. The complaints instead focus on having “screaming kids” in the playground.

While noise can be a source of stress, noise pollution is usually associated with heavy traffic, construction and aircraft noise – not happy children. A study of soundscapes in France found people had positive associations with sounds made by children, but negative responses to the sounds of angry people. This suggests that as long as the children in the playground are not angry, the impact on neighbours might not be as bad as feared. 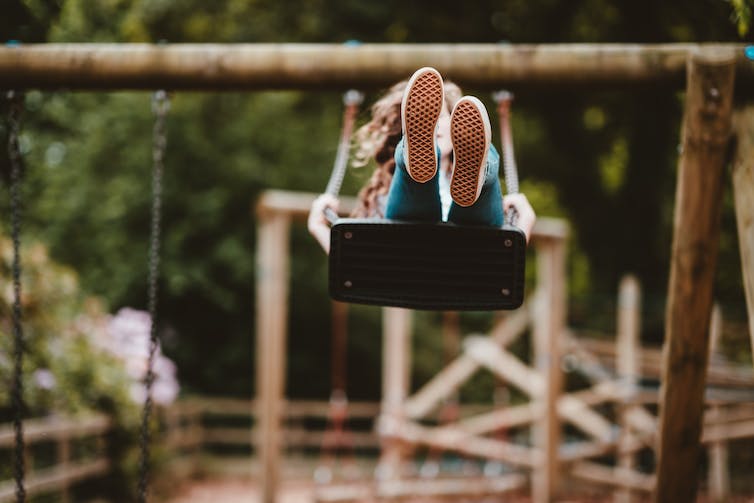 Research shows people generally have a positive response to the sounds of children.
Annie Spratt/Unsplash

There isn’t much evidence about the negative impacts of playgrounds. In our yet-to-be-published research, we conducted focus groups to explore what people wanted from a park. We unexpectedly found many people emphasised the importance of providing access to parks for children.

Participants in all cities described taking their nieces and nephews, students or their own children to parks to experience a safe, natural environment. One reason given was that spending time in natural areas, such as parks, encourages an understanding that plants grow and non-human life exists.

A second rationale for providing parks was to help children develop a connection with nature. One participant said:

Parks serve a variety of needs

Appreciating or feeling a connection with nature is a remedy for “nature deficit disorder” – US author Richard Louv’s term for the perceived disconnect between modern children and the natural environment. In our focus group discussions, being connected to nature was not something that could be taught, but “something you feel from experiencing it”.

The park could mitigate any potential negative effects of the playground. Nature sounds have been found to help people recover from stress. Other research has found spending time in, or even just glancing at, vegetated areas or green spaces has a restorative effect.

In a survey of residents in Melbourne and other large cities, our research found that the presence of vegetation supports human well-being. Participants reported feeling “free and restored around nature”. 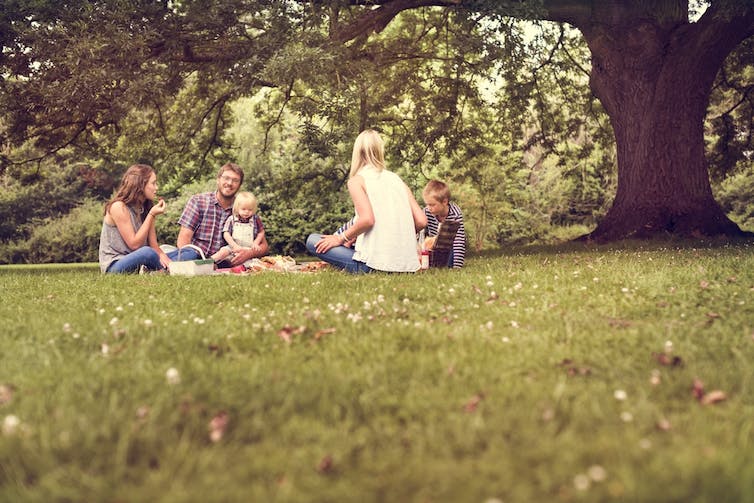 People use parks for all sorts of reasons, including picnics and exercise.
from shutterstock.com

It is not always nature that people visit parks to experience. In surveying park visitors in large cities of Australia and New Zealand, we found that different people value different aspects of parks at different times. Some park visitors were there to be outside or in nature, but others were there for a picnic with family or friends, to exercise, or to avoid a busy road on their way to work. Rather than being a single solution to any group’s needs, a park should offer options.

The Mount Eliza land in question is a decent-sized block, more than 5000m² – or ten tennis courts. Positioning the meeting places and playgrounds away from nearby houses, perhaps closer to the access point along the road or next to the neighbouring property’s tennis court, might minimise sound transfer.

A playground and community meeting space is just as much about offering a space to parents as it is a facility for young children. The benefits of enabling access to the natural space for everyone far outweigh any potential inconveniences, and the park could be a positive investment for all residents current and future. 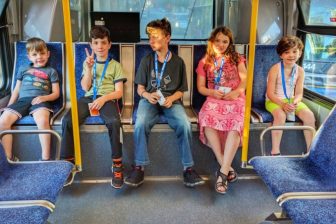