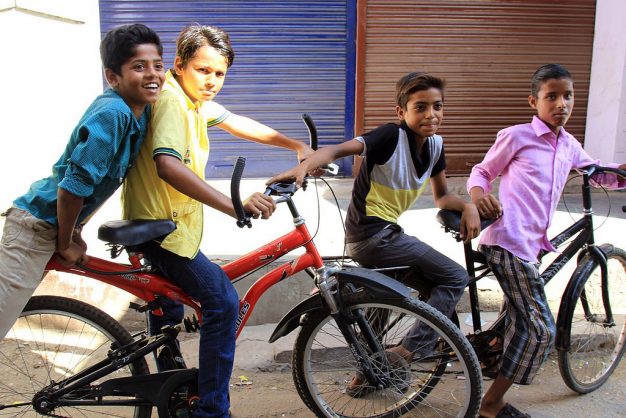 Children in southern Delhi are to benefit from a new initiative that will see local parks revamped to create new and challenging ‘sensory spaces’.

The first such facility should be up and running by the end of July in the Greater Kaitash area, thanks to a programme by South Delhi Municipal Corporation (SDMC). The aim is to give as many children as possible access to activities that will stimulate them physically and mentally.

This first park will be a high-end facility which adheres to international safety standards, reports the Times of India. SMDC’s focus, just as in European countries, is to turn regular play spaces into ‘sensory parks’ that enable, in addition to normal games and sports, more challenging activities like rock and rope climbing.

Alok Singh, Director of Horticulture for SMDC, is reported as saying that the park is being developed at a cost of around 10 million Indian Rupees, or approxminately 125,000 Euros.

“Half the work has been completed, and we plan the inauguration for the end of July. The two-acre park has adequate landscaping and green cover and four-play apparatus. The space below the swings will get special rubber carpeting to ensure falls are cushioned,” he added.

Other features of the park include a trampoline, a platform between trees with safety netting, swings fitted with bucket seats, badminton and basketball courts for small children, and ‘reverse osmosis’ water coolers. There are seating areas and a gazebo for parents, and plans to open a snack bar for children.

The first phase of this initiative will see nine such parks developed, with the option for further expansion should there be a demand. The initial work will be in the areas of Greater Kailash, Vikaspuri, Sarita Vihar and Dwarka. In 2016 a study by the Delhi Commission for Protection of Child Rights advised municipal bodies to make provision for children’s play areas. This followed a directive in 2015 by Delhi’s High Court which also urged civic leaders to develop park areas.