The UK’s much-heralded Universal Credit benefit for low income families is ‘failing’ disadvantaged children and young people, according to a leading charity.

Action for Children, which campaigns to improve the lives of over 370,000 children, says the Government’s new flagship payment, which replaced six separate benefits with one, is leaving many families struggling to keep their heads above water.

It comes following a report by the National Audit Office (NAO) which found that Universal Credit could end up costing more to operate than the benefits system it was brought in to replace. The NAO says it has been too slow to roll out and is not delivering value for money to the taxpayer. Universal Credit was first launched in 2013 and is due to be rolled out fully by 2022.

Responding to the NAO report, Imran Hussain, director of policy and campaigns at Action for Children, said: “By the end of this parliament, projections show over five million children will be living in poverty, due in part to the drastic cuts in dedicated support for working families. And hard as they try, it’s almost impossible for parents to give children the best start in life when they can barely afford to put food on the table.

“When you have a system that’s so complicated that even government advisers struggle to understand it, it’s time to rethink. We urge the government to move quickly to make the system simpler and fairer, and crucially, reverse the cuts which are crippling ordinary working families across the country.” 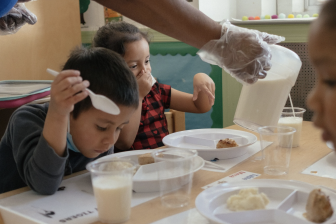