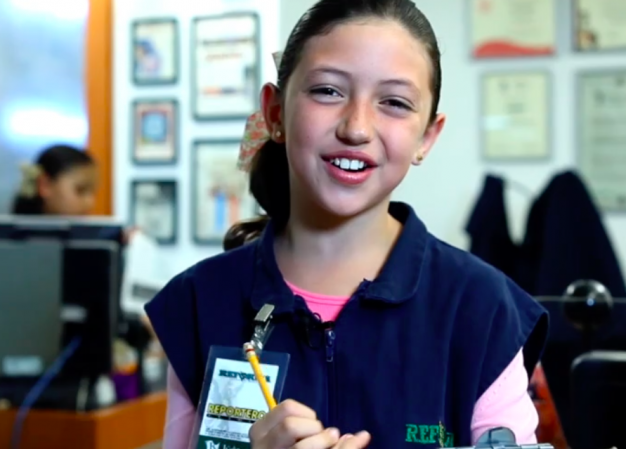 Johannesburg will soon be the latest global metropolis to have a KidZania ‘replica city’, using play to show children all about careers.

Youngsters visiting these enormous indoor playgrounds – there are 24 worldwide – experience what are essentially replicas of real cities. From streets to shops to factories, children can try out more than 100 occupations to see what spikes their interest.

The KidZania franchise is all about innovation; the Johannesburg version will be the first to offer mining as a career option. This reflects the importance of the mining sector in South Africa, reports Business Insider ZA.

The 8,000m2 playground that will open in the city’s Fourway Malls in December will even contain a Boeing 737 plan, and even its own currency. Children aged up to 18 years will be admitted, and each given a GPS-equipped security bracelet to ensure their safety. Everyone gets 50 ‘KidZos’ to spend, and will be able to earn more through their work. South African franchise holder Alpha Investment Group is reportedly investing around 400 million SA Rand in the project.

‘Where realistic role playing is put to work’ – that’s the ethos of Kidzania, which says that fuelled by a child’s natural desire to create, explore and collaborate, it offers in equal parts entertainment and learning. Each experience, it adds, is designed to empower children, give them the confidence to be their ‘best selves’ and inspire them to be great citizens.

KidZania is the brainchild of Xavier López Ancona, a Mexican entrepreneur. Initially known as La Ciudad de los Niños (translated as “City of Children”), KidZania’s first location opened in Santa Fe, Mexico City in September 1999. In its first year, it exceeded all expectations, attracting nearly 800,000 visitors and, to date, some 10 million children have visited this flagship location.

The second facility opened in 2006 in Monterrey, Mexico under the new brand and concept of KidZania. The third facility was the company’s first international location in Tokyo, which also opened in 2006. This location consistently draws sellout crowds. Unlike the wholly owned and privately held Mexican locations, KidZania Tokyo launched the company’s extension into global franchising which is fueling steady international growth.