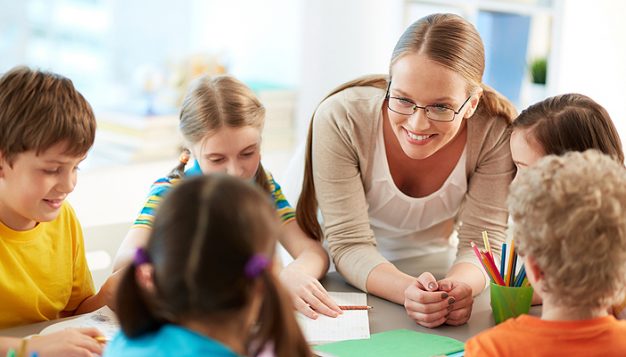 ‘Back-and-forth’ conversational banter is an effective predictor of a child’s language development, suggests a new study. Researchers at MIT, Harvard University and the University of Pennsylvannia believe that conversational ‘turns’ are better indicators than just the sheer accumulation of words that builds youngsters’ brains and their verbal & non-verbal skills.

By utilising brain scanners, natural language processing systems and various standardised tests on youngsters aged four, five and six, the researchers discovered that conversational turns strongly correlated with enhanced brain activity and stronger test scores, reports online magazine Quartz. This was regardless of the socio-economic background of the children.

Rachel Romeo, lead author and a joint Harvard-MIT doctoral student, says: “The sheer amount of language children heard spoken by adults wasn’t linked to children’s brain responses, but the number of conversational turns was. We worried the message around the word gap was suggesting that parents dump words into their kids. The brain response show us that’s not the case; it’s the interactive language, the back-and-forth that is most important for the brain.”

This suggests, she adds, that presenting children with more opportunities to experience language through educational apps or TV programs isn’t enough. Instead the focus should be on activating their brains through what scientists call “serve and return”,  the process by which an infant or child ‘serves’ to an adult, in the form of a gaze, a sound, or a question, and the adult returns the serve with an affectionate and engaging gaze, a coo, or a caring response to that question.

The study included children from diverse backgrounds, aged four to six. First, researchers tested kids’ verbal and reasoning skills. Then researchers looked at functional magnetic resonance imaging images (fMRI) of the children’s brain activity while they listened to audio stories. Afterward, families were sent home with digital voice recorder small enough to fit inside a child’s pocket, which can record up to 16 hours of language spoken at home.

Romeo notes that correlation is not causation. While more conversation at home predicts better test scores and more activity in the Broca’s region, it is not proven that serve and return is the root cause. And the study was small—smaller even than the Hart and Risley study, which looked at 42 families.

According to scientific consensus, the most important time for language acquisition is a child’s early years, up to age five. For pragmatic reasons, Romeo’s study needed to use children who were a bit older. But Romeo notes that the study’s findings amplify the idea that serve and return is critically important at any age, including when the “serve” is simply a gaze or a gurgle from an infant.

“A conversation with a four- to six-year-old looks different than conversations with infants, but the principles of taking turns are the same,” she says. Those principles include taking the time to listen, wait, and not always provide answers. That’s not easy in our fast-paced times—but it’s worthwhile, considering what’s at stake.

This is an extract of an article by Jenny Anderson, and part of a series supported by a grant from the Bernard van Leer Foundation.