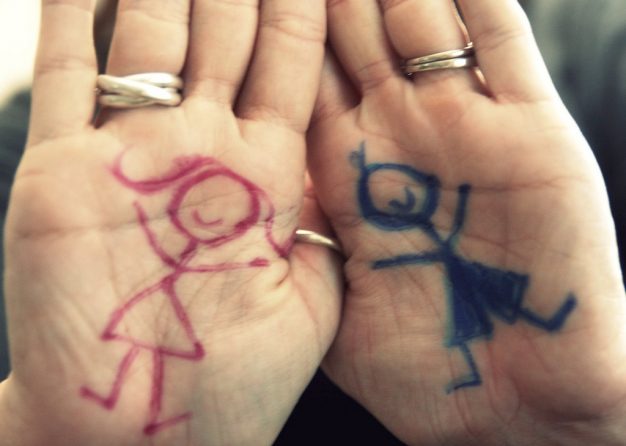 Working with boys for a gender equal future

Philipp Leeb is the Chairman of Poika, an NGO that promotes gender-sensitive boys’ work in education. Writing for Child in the City, he discusses his work in Vienna where he integrates gender sensitive boys’ education in schools and kindergartens.

Across the world, societies are organised patriarchally, meaning that masculine values are the basic ideological structure of most social spheres. Men hold the power in important societal areas such as politics and economics, which is reflected in international statistics. Women hold less than 14 per cent of administrative and managerial positions worldwide. They own less than one per cent of the world’s property and account for 70 per cent of the world’s 1.3 billion people living in absolute poverty.

Politically, women do not even come close to constituting half of the national legislature of any country excluding them from many important decision making processes. Nevertheless, feminism and educational programs for women and girls have empowered them to break patriarchal structures down and have freed them from gender stereotypes.

Men on the other side have not yet started to emancipate themselves from those suppressive and discriminatory power structures, thus they actively perpetuate gender inequality. Not only has this a negative impact on women but also on society as a whole.

Stereotypes of masculinity and femininity generalize male and female behaviour, ignoring individual talents and limiting personal freedom of development and expression. They also directly influence people’s behaviour. Gender-related masculinity stereotypes are considered as one of the main reasons for domestic violence against women as traditional stereotypes of men encourage showing dominance and aggression. It is also common in military training all around the world to link manliness with brutality, and to discredit fear and sensitivity as unmanly.

The lack of appropriate structures and spaces for men and boys to reflect on ways stereotypes of masculinity limit their self-development and self-expression hinders them to take an active role in the gender equality debate. Boys especially boys are negatively affected through images of masculinity created by media and war. On a daily basis boys are exposed to killing, raping and emotionless men on TV, the Internet and in computer games. To date, specific gender sensitive boys´ education is often exclusively discussed in academics, and tangible positive male role models are rare. Boys are left alone with their questions about manhood and masculinity and do not have a protected space to discuss their frustrations and emotions concerning socially expected behaviour. Later in life, influenced by family and work experience, men start to reflect their own role in society.

However, often they do not have the possibility to free themselves from gender-related expectations. Establishing structures that would allow boys and men to question gender roles and help them to see in which ways gender stereotypes affect them negatively would be the first step towards a gender equality movement that engages both men and women equally to dissolve rigid gender categories respecting people in their manifoldness.

To support the boys in this process, I educate key multipliers in schools and kindergartens. I train teachers and kindergarteners how to support boys but also girls in developing a sense for gender sensitive thinking to critically confront social stereotypes in regard to both genders and their roles in society so that they can develop their own values. I provide them with practical, empowering materials such as gender sensitive fairy tales and career orientation to train their ability of critical thinking and interaction with boys and girls in a gender sensitive way. I make them realize that promoting gender equality prevents bullying, supports friendships between the sexes and, and lessens the stress from gendered expectations experienced by both children and adults.

By doing so I develop a network of champions who are able to integrate gender sensitive boys’ education further into school and kindergartens. In a protected environment, the participating boys start to consciously think about ways gender stereotypes influence their behaviour, emotions and decision making on a daily basis. Our workshops give the boys the chance to reveal suppressed emotions and ideas of masculinity, lessening the stress from gendered expectations experienced by many of them.

From the beginning, I made very clear that I did not want to take away limited funding from already existing organisations. Instead, I have been building up new sponsorships exclusively for the field of gender sensitive boys’ education. Eventually, I could convince men’s and women´s organisations with my positive attitude, open personality and persistence that only a close collaboration could lead to gender equality on all levels.

If you want to find out more about it or get in touch: Philipp Leeb and poika will present a poster at the 9th Child and the City conference in Vienna. Register here. Further information about Philip can be found here.

Philip Leeb is Chairman of poika (NGO for gender sensitive education of boys). He is also; a gender advisor for GOs and NGOs, educator, journalist, cultural worker, and a clown.