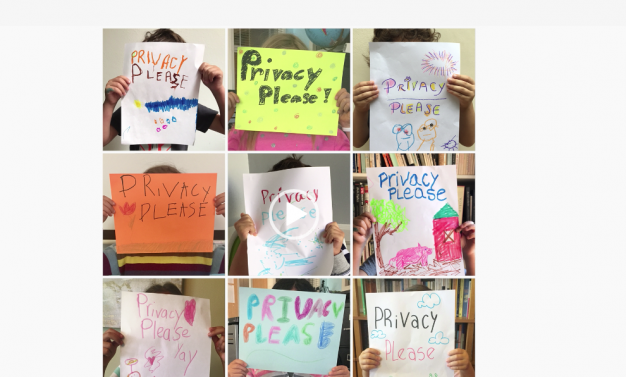 National Child Abuse Prevention Month in April is being promoted with a campaign highlighting over 100 #hashtags that overexpose children on social media platform Instagram. The US-based Child Rescue Coalition aims to get the message across by showing pictures of children holding “Privacy Please” signs.

‘Sharenting’ is the new buzzword for parents who love to share their children’s pictures – and with it their digital identity – on Instagram and other social media platforms. It’s estimated that most parents active on social media will have posted around 1,500 photos of their child before they turn five.

But the problem is that by innocently posting pictures using hashtags like #pottytraining, #nakedkids and #kidsbathing, it overexposes children by showcasing private moments that shouldn’t be shared with a large audience. This has the potential for making them vulnerable to sex offenders and other predators.

The Child Rescue Coalition (CRC), a non-profit body which helps law enforcement agencies to track, arrest and prosecute child predators, is using National Child Abuse Prevention Month to highlight this campaign which, it hopes, will help children ‘reclaim their right’ to online privacy.

The @kidsforprivacy movement is flooding more than 100 hashtags which overexpose youngsters on Instagram with the photos of children holding a ‘privacy please’ sign. People are also encouraged to join the campaign by creating similar signs using the same message.

Carly Yoost, Founder and CEO of CRC, said: “The potential harm in over-sharing private moments far outweighs the benefits, as social media is now a digital playground for dangerous pedophiles to steal and turn innocent photos of children into exploitative content with irreversible and lasting damage.

“The goal of this campaign is to raise awareness about the importance of protecting children and their privacy in the age of social media as we are finding that online predators are getting more aggressive in their pursuit of these images,” she said.

The campaign runs until April 27.