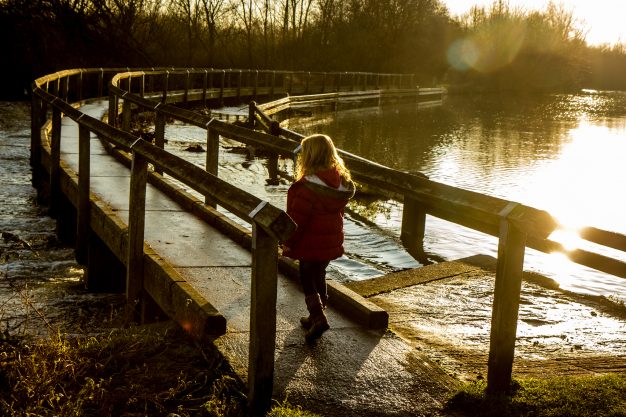 Utah first US state to bring in ‘free-range’ parenting

Utah will next month become the first US state to introduce a landmark law allowing parents to practice ‘free-range’ parenting. It means children can walk to school, play and do other things independently without the fear of a criminal child welfare investigation.

The legislation takes effect on May 8, and will offer protection for parents who believe in letting their youngsters enjoy the kind of ‘free’ childhood which they themselves enjoyed in decades gone by. The new law says that participating in activities which focus on being outside and staying busy do not, by themselves, justify the intervention of the authorities.

Signed into law by Gary Herbert, the Governor of Utah, the Bill says parents who allow their children to engage in certain activities without supervision are not considered neglectful. It is meant to protect parents whose children display maturity and good judgement.

Utah lawmakers are said to have been prompted to pass the law after seeing other states where parents had been investigated and in some cases had their children temporarily removed when people reported seeing kids playing basketball in their yards or walking to school alone. Cases brought include a Maryland couple investigated after allowing their children, aged six and 10, to walk home alone from a park in 2015.

The law states the child must be mature enough to handle those things but leaves the age purposely open-ended so police and prosecutors can work on a case-by-case basis. A similar bill in Arkansas was proposed but rejected last year.

Senator Lincoln Fillmore, who sponsored the Bill, said: “I think it’s important because around the country parents have been arrested, investigated and had their kids taken from them for doing things as simple as letting their kids play in the park or play basketball in the front yard while they’re on their way home from work, or walk to and from school.

“Those experiences let children develop skills to find solutions to their own problems and explore and build confidence. They’re key to developing self-reliance — and a fundamental stepping stone to becoming a capable adult later. We need to stand up and push back against the idea that in order to keep our kids safe, we need to hover over them constantly,” Fillmore added.