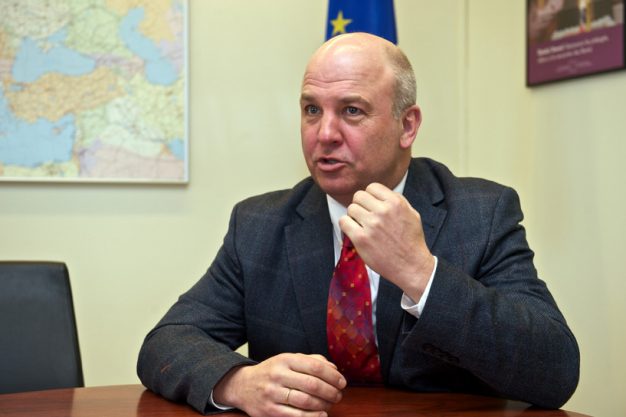 EU’s Human Rights Commissioner: children are the future of any society

The Council of Europe’s (CoE) Commissioner for Human Rights has used his latest quarterly report to press home the message that children ‘are the future of any society’.

Nils Muižnieks is the human rights figurehead of the CoE, the EU’s main arm for protecting people’s rights, and he describes inclusive education as an ‘effective vehicle’ for overcoming various constraints put on children and young people, such as segregation between ethnic communities.

In his latest report on the CoE’s work for the first quarter of this year, Mr Muižnieks highlights his concerns about the potential erosion of children’s rights by saying they ‘must be given the skills to build mutual understanding, respect and tolerance’.

The Commissioner’s observations are based on his numerous activities across Europe since the start of 2018, including visits, meetings, statements, keynote addresses and recommendation letters. Roma children and children with disabilities was emphasised in his missions to the former Yugoslav Republic of Macedonia and Serbia, where the Commissioner also made school visits, in order to better understand the education systems in these CoE member states.

Last year the Commissioner also published a paper, Fighting school segregation in Europe through inclusive education , which highlights many of the concerns covered in this latest report.

Stressing the need for inclusive education, the Commissioner called for ‘certain systematic and long term measures’ to be adopted by the authorities ensuring effective interaction and understanding between students of different ethnic communities and/or needs, such as giving the opportunity to all children to learn at a young age non-majority languages. This includes the reintegration of Roma students and students with disabilities into regular schools.

Migrant children constitute yet another focal issue of the Commissioner’s activities. He urged Swedish authorities to provide stronger support to unaccompanied migrant children with consideration to the best interests of the children being primarily placed in all decisions relating to asylum and migration.  He also called upon French authorities to abolish detention of migrant minors.

The Council of Europe is made up of 47 member states, including 28 from the European Union. advocates freedom of expression and of the media, freedom of assembly, equality, and the protection of minorities. It has launched campaigns on issues such as child protection, online hate speech, and the rights of the Roma, Europe’s largest minority.