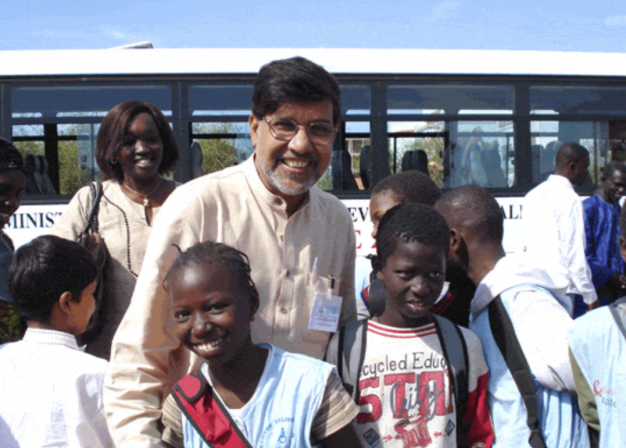 ‘Books, not bullets’ should be the priority for countries – Nobel Laureate

Satyarthi, the Indian Nobel Laureate, believes countries should be spending more on schooling and less on weapons to ensure that children affected by war receive an education.

First held in 2016, the Laureates and Leaders for Children Summit in Jordan aims to bring together the intellectual, moral and political will of the world’s leaders to protect and educate every child, particularly the 263 million youngsters who are not in school, the 152 million forced to work and the 12 million who are refugees and asylum seekers.

No fewer than 21 Nobel Laureates joined world leaders and more than 400 distinguished ‘thinkers and influencers’ from academia, business, entertainment, government and society at the summit, to hear how they can continue to best work together to prioritise the needs of the world’s children.

The summit heard how a common thread of war was its devastating impact on keeping children out of school. Satyarthi said ensuring all of the world’s children received an education would cost around another 40 billion US Dollars a year. This is about the same costs as a week’s worth of military spending.