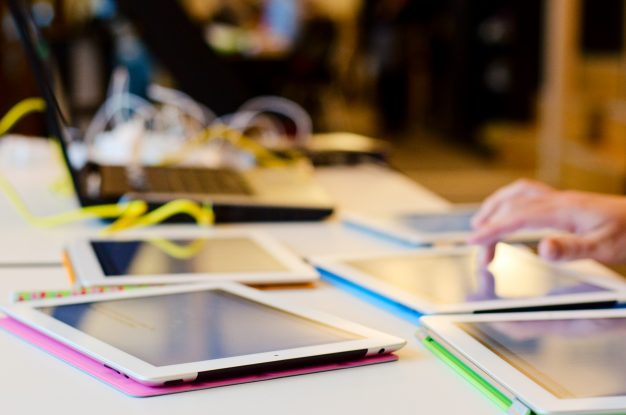 A new report from the Children’s Commissioner for England is calling on parents and teachers to do more to prepare children for the emotional impact of social media before they start secondary school. Adrian Voce reports.

As children around the developed world return to school after the Christmas break, a new report published today highlights the risks involved in the digital devices many of them will have received as gifts – and the social media pressures that using these smartphones and tablets exposes them to.

The report, ‘Life in Likes’, by the Children’s Commissioner for England, finds that many year 7 children feel under pressure to be constantly connected online and that this constitutes a risk to their mental and emotional wellbeing, which their primary school years does not prepare them for.

The report says that although primary schools are teaching about online safety effectively, pupils are not being adequately prepared for the social pressures and emotional challenges of the ‘avalanche of social social media’ they are presented with when they move to senior school.

One of the biggest risks, says the report, is from the emotional stress involved when children begin to chase “likes” and positive comments on their posts to such sites as Instagram and Snapchat. The Commissioner, Anne Longfield says this is very different from the game playing and creative activity more common in the way that eight to 10-year-olds use digital devices and social media.

The report shows that many children in year 7 – the first year of secondary school when almost everyone in the class will have a phone and be active on social media – feel under pressure to be constantly connected, often at the expense of other activities.

Children in their adolescent years worry about their online image and are also concerned about “sharenting” – when parents post pictures of them on social media without their permission – and worry that their parents won’t listen if they ask them to take pictures down.

While social media clearly provides some great benefits to children, it is also exposing them to significant risks emotionally

The Commissioner, Anne Longfield, is calling on parents and teachers to do more to prepare children for this big change in the use of social media as they get older, and its emotional impact on them. She is calling for the introduction of compulsory digital literacy and online resilience lessons for pupils in year 6 and 7.

“While social media clearly provides some great benefits to children, it is also exposing them to significant risks emotionally, particularly as they approach year 7,” she said.

“I am worried that many children are starting secondary school ill-equipped to cope with the sudden demands of social media as their world expands. It is also clear that social media companies are still not doing enough to stop under-13s using their platforms in the first place.”

The report, which is based on a number of focus group interviews with eight to 12 year olds, says that although most social media sites have an official age limit of 13, an estimated 75% of 10-to-12 year olds will have a social media account.

Tony Stower, head of online safety with the NSPCC children’s charity, echoed the commissioner’s concerns. “We all have a part to play in making sure children are equipped to deal with the online world”, said Stower. “When children reach secondary school, social media plays a much bigger role in their social life. Parents need to ensure they are taking the time to understand their child’s life online and the pressures and challenges they might face when that shift arrives.”